McGinley is well-known to television viewers as Roger in "Happy Days." He also played ship's photographer/purser Ace in "Love Boat," was Clay in the prime time serial "Dynasty" and starred in the telefilm "Linda," opposite Virginia Madsen.

Most recently, he filmed the USA movie, "Tales You Win, Heads You're Dead" with Corbin Bernson. McGinley also starred in the miniseries "Wild Justice," for Tribune Television, co-starring Roy Scheider.

Among his many feature film credits, he has appeared in "Young Doctors In Love," "Revenge of the Nerds," "Physical Evidence" and "Wayne's World II" (with his "Married" co-star Ed O'Neill).

On stage, McGinley has performed "6 Rms Riv Vu," for Tiffany's Attic/Kansas Theatre and appeared in Burt Reynolds' Dinner Theatre production of "I'm Not Rappaport," where he met his wife, actress Gigi Rice.

A native Californian, McGinley is an avid runner and resides with his wife and son in Los Angeles. 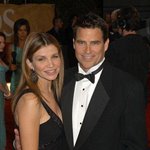 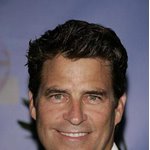