With confidence, maturity and an indisputably amazing voice, Taylor Dayne stands out as one of music’s most dynamic artists. Her versatile and powerful voice has gained recognition in multiple genres from pop, dance and rock to adult contemporary. Taylor Dayne’s unique vocal style has earned her three successful albums including the double platinum albums Tell It To My Heart and Can’t Fight Fate as well as the gold Soul Dancing. She has sold out two world tours, been honored with three Grammy nominations and has gone on to successfully explore numerous film, tv and stage roles as well as a high-profile stint on Broadway.

Dayne (born Leslie Wunderman) hails from New York where she grew up surrounded by music. "As an artist I feel I can step into anything because I’ve been influenced by everything." By the time Taylor graduated from high school she already joined her first band, "Felony".

Hitting the New York club’s like CBGB’s, the Bottom Line, and Trax by night and studying music theory and composition in college by day, she honed both her vocal prowess and her dramatic presence. Taylor also received classical training from Maestro Carelli, Master at the Manhattan School of Music. In 1985 she joined the new Wave band "The Next" but soon realized that she could best pursue her musical calling as a solo artist.

In 1987, Dayne and Wake recorded the single "Tell It To My Heart" which led to her first major label deal with Arista Records. In 1988, with the new moniker of Taylor Dayne, she released her debut album, which was made in a mere eight weeks, as the lead single "Tell It to My Heart" stormed up the charts all over the world. The album of the same name includes four top ten singles: "Tell It To My Heart" • "Prove Your Love" • "I’ll Always Love You" and "Don’t Rush Me".

This album was a huge hit and Taylor sold over 2 million copies in the US alone. A successful world tour followed and the Taylor Dayne brand was born.

Taylor then got to work on her follow up album, determined to prove that she was here to stay. Her second album, Can’t Fight Fate, released in 1989, more than matched the success of her debut. Once more Taylor earned 4 top-10 singles, including the #1 smash "Love Will Lead You Back". The album displayed various facets of Taylor’s musical command of dance, rock and ballads including: "With Every Beat Of My Heart" • "Love Will Lead You Back" • "I’ll Be Your Shelter" • "Heart of Stone"

Can’t Fight Fate again earned Taylor a double platinum album in the US and yet another sold out world tour which took Taylor to Australia, the Far East, Germany, Sweden and the UK.

Following the tour Taylor took a hiatus to prepare for her third album and in 1992 she was back with Soul Dancing and again she raced up the charts all over the world with her cover of the Barry White classic "Can’t Get Enough Of Your Love" produced by C+C Music Factory. Few artists have the guts and soul required to pull off such an ambitious rendering. The track hit the top of the charts in the US, UK and Australia and stayed in the charts for over 20 weeks. "Soul Dancing" includes the hits: "Can’t Get Enough of Your Love" • "Send Me A Lover" • "I’ll Wait"

In 1994 Taylor Dayne’s career began to broaden as she appeared in her first movie, Love Affair starring Warren Beatty and Annette Benning. In that same year Jim Steinman sought out Taylor to record "Original Sin", the theme song from the movie The Shadow. She also starred in a the successful Mel Brooks production of Archie and Mehitabel, in the role of the alley cat, Mehitabel, that had been originated by Eartha Kitt in 1950.

In 1996 Taylor released her Greatest Hits album and continued her film career – acting in 2 movies, Fools Paradise and the HBO film Stag with an all-star cast that included Mario Van Peebles, Kevin Dillon and Ben Gazzarra - solidifying her position as a multi-faceted performer.

In 1998 Taylor again took the reins with her musical career as she co-wrote and produced her 4th album for her independent venture, Neptune Records. Her most personal album, titled Naked Without You, it includes the singles "Unstoppable" and the dance hits "Whatever You Want" and "Naked Without You".

Taylor proved on Naked Without You just how much passion and power she has in her voice with an album that also reveals her talent as a writer and producer. Naked Without You was followed by a Live CD in 2000 which captures the magic of this diva on stage and includes a stunning cover of the Bee Gees "How Can You Mend A Broken Heart".

Later in 2000 Taylor recorded and co-produced "Planet Love" with Peter Lorimer - the title song for the Robert DeNiro film Flawless – this dance hit went to #1 on the Billboard Dance chart.

For two seasons Taylor guest starred in the Showtime series Rude Awakenings and then in 2001 her acting career took a major stride when she made her Broadway debut in the Elton John/Tim Rice, Tony award-winning musical Aida, playing "Princess Amneris". She drew rave reviews for her performances and remained in the role for 9 months.

Taylor followed her Broadway stint with additional recording, including the song "How Many" for the "Circuit" soundtrack. Produced by Tony Moran, this was yet another chart topping dance track for Dayne.

Taylor tours constantly and continues to write and record music. You have heard her work recently on the platinum Lizzy McGuire soundtrack as well as in the movie Win a Date with Tad Hamilton.

Currently Taylor just wrapped filming for a new VH-1 series entitled Remaking (aired April 2005), for which she recorded a new track with R&B/pop production wizard Rodney Jerkins. Taylor also has a celebrity cameo in the ongoing #1 rated infomercial for "Slim In 6". She is also recording material for her 5th studio album, a project of inspired classic 70’s soul tracks, produced by Michael Mangini who produced both Joss Stone’s debut CD and her current release. 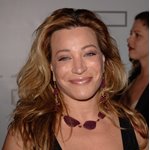 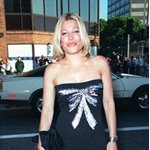 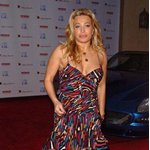 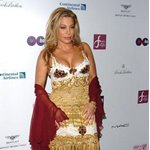 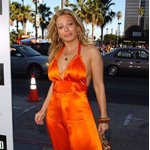 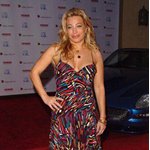 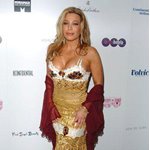 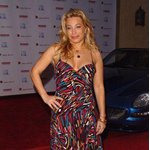