For Tanya Memme, who originates from Canada, there was never any doubt she was destined for a career in front of the camera. Tap, jazz and ballet dancing were all accomplishments by the age of seven!

At age fifteen Tanya left rural Wainfleet, Ontario, Canada, a strong Italian Catholic background and a childhood where she grew up on a 200-acre sod farm to further her career. Under the expert tuition of her mentor Shirley Yeszman, Tanya had already demonstrated a strong passion for dance and set her sights on training hard and becoming a performer.

Crowned Miss World Canada, a roller coaster sequence of events ensued that Tanya now looks back on as 'the best and worst' all rolled into one. With her hallmark intuition guiding her through it all and personal experience only few could claim, Tanya made the shocking decision to give back her crown.

Adjusting her horizons and setting her aspirations higher, Tanya moved to New York City and to pastures new. There she attended the prestigious American Musical & Dramatic Academy. She became a well trained actor, singer and dancer. Having developed a working relationship with the West Coast, in true bi-coastal style Tanya embarked on a career that came to include accomplished roles on The Practice, JAG and CSI Miami. She also appeared on Saturday Night Live with Sylvester Stallone, in various independent films, was a sports reporter for KCBS' Fan Cam and an entertainment reporter for both Warner Bros./Telepictures and CBS.

Currently moving into the third season as the host of A&E's Sell This House - a mix of This Old House and Candid Camera - Memme helps viewers see inside the mind of the buyer and heart of the seller with real life experiences and great advice on how to prepare a house for the market. The daughter of a Canadian, family-owned housing company called "Mountain View Homes," renowned for custom homes and commercial developments, Tanya is perfectly poised as the show's host, full of ideas and enthusiasm to get the job done.

Tanya is continuously in demand. She recently shot a pilot for PAX Television as the host of her own talk show entitled, "In The Know." She's also well known in Los Angeles as the former host of CBS2's "9 On The Town" and ABC7's "Eye On L.A." Tanya's regular appearances as anchor on DirecTV News, three seasons of Robotica, various celebrity events and appearances make Tanya a TV host on the rise.

Aside from her busy schedule, Tanya loves to nourish one of her life's purposes by giving motivational speeches in high schools. She teaches teens to believe in themselves, pursue their passions, approach the tough times with humor and to never take themselves too seriously. In a very entertaining and creative way, Memme shows her own vulnerability, shares her ups and downs and most embarrassing moments, stressing the importance of integrity all along.

Memme follows her own spiritual path, furthering herself every day. She has a strong interest in psychology, spirituality and current affairs. She also has a passion for biographies and is interested in hearing stories about the underdog: How they came from nothing and overcame the impossible. She is a die-hard Oprah Winfrey fan!

A keen traveler who loves to discover what the world has to offer, Tanya has a distinct athletic daredevil side to her. From dirt biking and helicopter skiing to stunt car driving, she has an innate interest for living on the edge. Tanya has also cycled in a 420-mile bike ride from Montreal, Quebec to Portland, Maine to raise funds for AIDS and every year tries to do something to challenge herself physically. 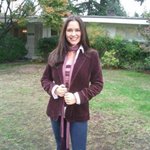 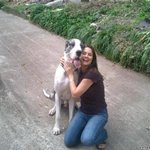 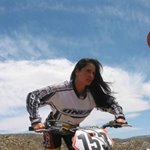 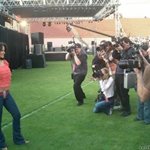 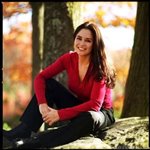 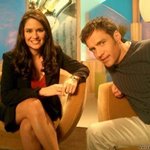 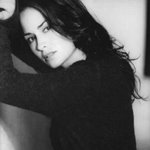