Tanith Belbin competed as a pair skater and ice dancer in Canada before concentrating completely on ice dancing. She was introduced to ice dancing by Paul Wirtz and competed with Liam Dougherty as an ice dancer and Ben Barruco as a pair skater. Not able to find a good partner in Canada, Belbin moved to Detroit, where she was partnered with Benjamin Agosto. They had early success, winning the bronze at World Juniors in their first competitive season. Belbin and Agosto qualified for the 2002 Olympics by placing second at U.S. championships, but were not able to go because Belbin was not an American citizen. Because Belbin started the citizenship process before new rules went into effect, her citizenship would not have been completed before 2007. Belbin and Agosto, therefore, focused more on Nationals and Worlds, winning Nationals four times, and earning the silver at Worlds going into the Olympics.

Fans of Belbin and Agosto wrote letters and signed petitions asking for a special act of Congress to let Belbin become a citizen in time for her to compete at the 2006 Winter Olympics, where many believed they could medal. This was a controversial move. The mother of fellow American ice dancer David Mitchell believed that it was unfair to bend the rules for Belbin.[1] Supporters pointed out that the U.S. had three dance team spots at the Olympics only because Belbin and Agosto had earned the third spot by medalling at the 2005 World Championships. Had they not, the U.S. would have had only two spots. By this logic, Belbin and Agosto had earned their own spots. But the point was moot after Mitchell and his partner Loren Galler-Rabinowitz placed ninth at U.S. championships, nowhere near earning a spot on the World team.

However, by a special act of Congress on December 28, 2005, which President George W. Bush signed on December 31, 2005, Belbin became a naturalized citizen, making her able to compete for the United States at the 2006 Winter Olympics. In January 2006, the pair won their third consecutive national title and qualified for the Olympics. Maxim Zavozin, who is half of the 2005 Junior World Champion team of Matthews and Zavozin, also became a U.S. citizen through this special act.

At the Turin Olympics, Belbin and Agosto won silver in ice dancing, the highest Olympic result of any American pair in the discipline, and the first American ice dancers to win an Olympic medal in 30 years. They went on to win the bronze at Worlds. In January 2007, Belbin and Agosto continued their streak, winning their fourth consecutive U.S. championship in Spokane.
She is currently dating fellow figure skater Evan Lysacek.[2][3]
Belbin and Agosto both train in Canton, Michigan. 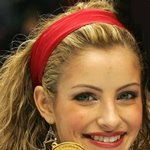 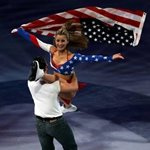 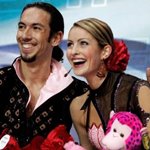 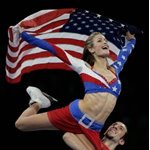 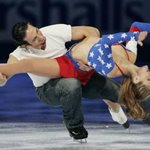 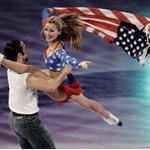 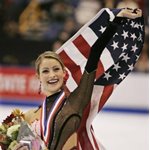 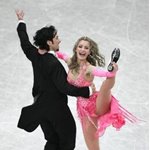