After being born on April 18, and growing up in Evanston, Illinois, Tamara Braun didn’t just stumble into acting…she knew what she wanted and went for it with the same passion that she demonstrated daily during her stint as GH's "Carly Corinthos". In high school, Tamara auditioned for her first play and won the lead. Before focusing exclusively on acting, Tamara first explored the professional area her parents had chosen - psychology. Tamara excelled in college studying Psychology and spent her spare time pursuing a minor in drama and theater. After college Tamara decided to nurture her gift full time and enrolled in acting classes in Chicago.

Next, Tamara went to London to study at the Royal Academy of the Dramatic Arts for a summer. She spent her time studying Shakespeare and experienced Europe by backpacking. At the end of her time in Europe, Tamara returned to the States and landed a commercial agent along with continuing her acting studies. In the summer of 1995, after finding success in the commercial market, Tamara made the move to Los Angeles. It wasn’t long before Tamara had secured an agent and was cast in her first guest starring role on The Sentinel. More guest starring roles were to follow; among which were roles on Buffy the Vampire Slayer, Party of Five, The
Magnificent Seven, 7th Heaven, and The Pretender. Television was not the only place Tamara found quick success. She won featured roles in the movies Soul Food and the independent film Fallen Arches. Ever the hard worker, in between acting jobs Tamara went to school for massage therapy as she loves the healing arts.

Tamara’s drive, hard work, and experience all paid off in May of 2001, when she took over the complex role of "Carly Corinthos" on ABC's premier soap, General Hospital. It was not long before Tamara made that role her own, despite following in the footsteps of hugely popular Emmy winning actress Sarah Brown. Tamara continued to showcase her amazing talent as "Carly", and her ability to add nuances to each scene brought her great critical, peer and fan acclaim. In fact, Tamara’s talent was recognized with a nomination for a Daytime Emmy in the 2004 Outstanding Lead Actress category. She deservingly won the Soap Opera Digest's Outstanding Lead Actress Award in 2005.

In April of 2005, Tamara chose to spread her wings and seek roles outside of soaps. As she made the rounds seeking her next acting challenge, she was amazed to discover that her years of fine work on GH had been noticed by many of those who now auditioned her for new projects! At the same time, Tamara returned to acting classes in order to continue honing her craft. Her hard work paid off very recently when she was signed for her first post-GH project, a film with the working title "Little Bayou". Tamara has been cast as a young Cajun girl: her hair has been dyed very dark, and she's been faux-tanned to a deep bronze. She's also been working with a dialect coach to master the distinct Cajun accent that her role requires. "Little Bayou" shoots in Southwestern Louisiana over the next several weeks, and Tamara's enjoying the experience enormously!

Tamara lives in Los Angeles, and during her free time she supports several charities, the Therapeutic Living Centers for the Blind being one of her favorites. She also likes to write and spend time with friends during any down time, along with reading her much appreciated fan mail. 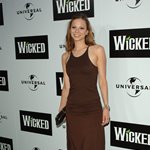 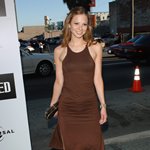 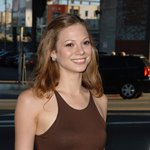 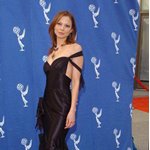 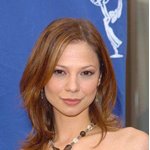 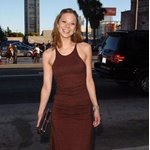 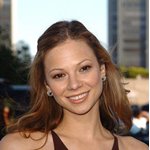