She has qualified five times for the round-robin stage of the WTA Tour Championships but has never qualified for the semifinals. Kuznetsova debuted in her first International Tennis Federation (ITF) tournament in Mallorca on 31 January. In the first round, she defeated Katia Altilia from Italy in two straight sets, 6–0, 6–4. However, she lost in the quarter final to Oana–Elena Golimbioschi. Her next appearance was in Talence in April. She defeated Aurore Desertin in the first round, but lost in the second round to Berengere Karpenschif, both from France. In Minsk, Belarus, in a tournament using the short sets scoring system, she reached the quarter final, after defeating the unranked Vera Zvonareva in the first round in four sets, and Daria Panova in three sets in the second round. In the quarter final, she lost to 574th ranked Elena Voropaeva in four sets, after losing two tie breaks in the two earlier sets. However, Kuznetsova was ranked in the top 900, receiving her first ranking of 889 during the week ending 20 November 2010. She moved to Mallorca again and joined the Mallorca 3 tournament. Kuznetsova lost in the first round to Dinara Safina after winning the first set. Her last tournament of the year was again in Mallorca, but now played in a minimum of four sets. In the Round of 32, she defeated Silvia Disderi. However, she fell to 8th seeded Mihaela Moldovan in the last round.

She ended the season ranked 889. Kuznetsova began her season at the ASB Classic in Auckland, where she reached the semifinal, losing in three sets to Chinese Zheng Jie. At the Australian Open, she was defeated in the third round of the singles event by German Sabine Lisicki. In contrast, she partnered with Vera Zvonareva as in the previous season and won her second Grand Slam doubles title against the Italian duo Errani and Vinci, defeating them in a three sets final. It was her best doubles result since 2009. It was the first time since 2008 that an unseeded pair won the Australian Open doubles title. Kuznetsova was seeded 26th at the 2012 French Open. She upset World No. 3 Agnieszka Radwanska in the third round, but subsequently lost in the fourth round to eventual runner-up Sara Errani.

Kuznetsova then suffered a first round loss at Wimbledon, falling to Yanina Wickmayer in straight sets. It was the first time she lost in the first round of any Grand Slam since the 2005 U.S. Open where she was the defending champion. She withdrew from the 2012 US Open, ending a streak of 40 consecutive Grand Slam appearances dating back to 2002. Kuznetsova began her comeback at the 2013 Apia International Sydney, where she had to qualify to enter the main draw. In the second round, she upset former World No. 1 Caroline Wozniacki in three sets for her first win in a main draw of any tournament since the previous year's French Open.

Kuznetsova entered the Australian Open unseeded, but she was able to reach the quarter-finals for the third time, after defeating Wozniacki for the second time this year, in the fourth round. She subsequently lost in the quarter-finals to World No. 1, defending and eventual Victoria Azarenka in two sets. 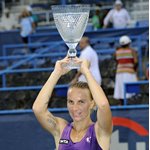 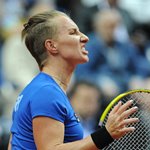 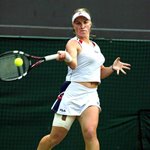 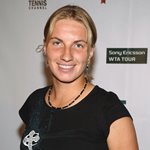 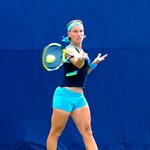 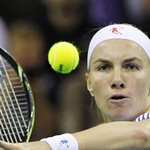 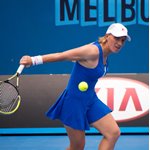 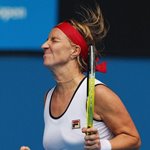 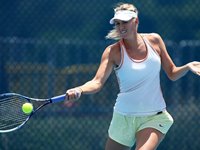 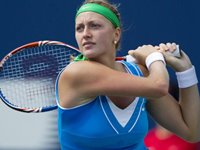 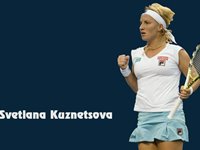 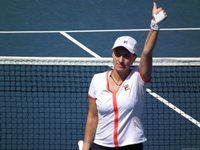 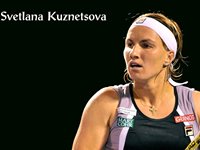 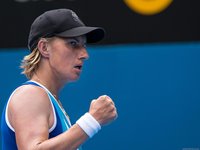 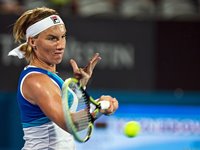 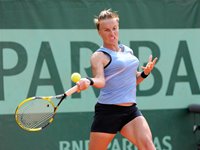