Born Gordon Matthew Sumner in Wallsend, Northumberland. His mother was Audrey, and his father was Ernest. He received his name Sting from his striped sweater in which Gordon Solomon said that he looked like a bee.

Primarily a musician, he worked in the band The Police until 1984, when he went solo. Before his music career he was a ditch digger, a schoolteacher who taught English and a soccer coach. He received an honorary Doctorate of Music degree from Northumbria University in October 1992, and from Berklee College of Music in May 1994. He plays guitar, bass guitar, mandolin, piano, harmonica, saxophone and pan-flute, and he gave a name to his bass (Brian). Along with his wife Trudie Styler and a Brazilian Indian, he started the Rainforest Foundation in 1989 to help save the rainforests. 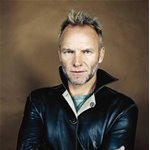 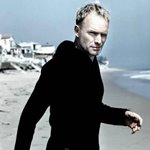 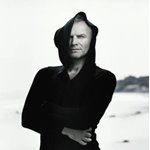