"In comic acting, to improvise effectively is quite difficult. A lot of actors can improvise up to a certain level - an entry level, which is when you see the actors having more fun than the audience." Steve Coogan.

Starting out as a stand-up comic and mimic while still an undergraduate, Steve Coogan began providing voices for adverts and impressions on the long-running puppet show “Spitting Image,” a weekly ITV’s satirical show using puppets that are caricatures of major public figures in which he was most noted for voicing Prime Minister Margaret Thatcher. He then teamed up with Chris Morris and Armando Iannucci, among others, on the BBC comedy radio show “On The Hour,” where he introduced signature character of the incompetent and annoying, but self-satisfied Norwich-based radio announcer Alan Partridge. Alan went on to have his own radio show and also appeared on 1994's “The Day Today,” a surreal British parody of television current affairs news programs aired on BBC2, and on his own mock radio talk show, “Knowing Me, Knowing You... with Alan Partridge” (1994-1995), which first broadcast on BBC Radio 4 as a six-episode series and then on BBC Television with a series of six episodes and a Christmas special (Knowing Me, Knowing Yule) in 1995. In 1997, Alan Partridge was brought into another sitcom called “I'm Alan Partridge,” followed by a second series in 2002. Both of these series and “Knowing Me, Knowing You ... with Alan Partridge” have been received with huge critical and audience acclaim.

Meanwhile, Coogan debuted in film with a bit part in director Paul Greengrass' true story-based drama set during the Falklands crisis, Resurrected (1989; starring David Thewlis), and portrayed the titular role of the plus-sized and outspoken denizen of Manchester in the TV special Paul Calf's Video Diary (1993). He also appeared as Tommy the British medic in Frank Oz's film version of Lynne Reid Banks' children's book, The Indian in the Cupboard (1995), and starred in the BBC2 sitcom "Coogan's Run" (1995), in which he created a series of odd characters living in the fictional town of Ottle, including the insensitive, egotistical computer chip salesman Gareth Cheeseman, the mad, trivia obsessive half-brothers Stuart and Guy Crump (Coogan shared the role with Patrick Marber), and the curator of a very dull museum Tim Fleck.

Coogan spent the rest of the 1990s playing Mole, the mild-mannered, home-loving animal in the film adaptation of Kenneth Grahame's classic children's literature written in 1908, The Wind in the Willows (1996), and creating yet another alter ego, Tony Ferrino, a popular Portuguese lounge singer who went on to win the Eurovision Song Contest in 1982, in Introducing Tony Ferrino: Who and Why? A Quest (1997; TV) and The Tony Ferrino Phenomenon (also in 1997; TV). He also appeared in the TV-movie adaptation of Lewis Carroll's 1871 children's literature, Alice Through the Looking Glass, playing the Gnat, and released the video "Steve Coogan Live - The Man Who Thinks He's It" (both in 1998). The next year, Coogan, alongside writing partner Henry Normal, set up Baby Cow Productions. Together they are the executive producers for such shows as The Mighty Boosh, starring Noel Fielding and Julian Barratt, Nighty Night, starring Julia Davis, and Marion and Geoff, starring Rob Brydon.

In 2001, Coogan starred as Simon Garden, a well-meaning but ineffectual and naïve probation officer in director John Duigan's crime comedy film The Parole Officer, and the next year, he portrayed true-live pop impresario Tony Wilson, the head of Factory Records and an ambitious but frustrated local TV news reporter looking for a way to make his mark in Michael Winterbottom-directed comedic musical drama 24 Hour Party People. Afterward, he starred as Phileas Fogg, the wealthy, solitary, unmarried gentleman with regular habits and eccentric British inventor in Frank Coraci’s live action feature Around the World in 80 Days, based on a classic adventure novel by the French writer Jules Verne which first published in 1873, and voiced Heston the snake in Tommy O'Haver's screen adaptation of Gail Carson Levine's 1997 comedy-drama novel, Ella Enchanted (both in 2004). That same year, he also released a book on Alan Partridge, titled “Alan Partridge: Every Ruddy Word.”

2005 saw Coogan co-starring as David Sutcliffe's longtime boyfriend in writer-director Don Roos' ensemble comedic drama about the ups and downs of relationships, Happy Endings (also with Lisa Kudrow, Tom Arnold and Maggie Gyllenhaal), and starring as Tristram Shandy/Walter Shandy/Steve Coogan in Michael Winterbottom's film-within-a-film, Tristram Shandy: A Cock and Bull Story. The following year, he was cast as Ambassador Mercy in writer-director Sofia Coppola's biopic of France's iconic but ill-fated queen, Marie Antoinette (starring Kirsten Dunst), and was cast opposite Ben Stiller in Shawn Levy’s action-adventure-comedy Night at the Museum, inspired by a 1993 children's book by Milan Trenc. He also returned to television to star as Tommy Saxondale, an ex-roadie with anger issues and the survivor of a hostile divorce who now owns a pest control business and lives with his new girlfriend Magz (played by Ruth Jones), on the British sitcom "Saxondale," which he also co-wrote.

"If you do something very successful, you will then be defined by it." Steve Coogan. 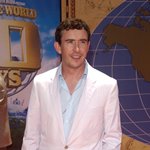 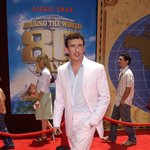 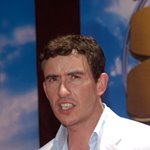 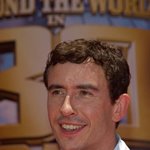 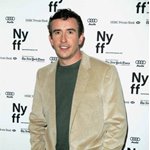 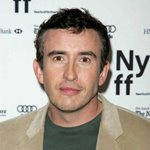 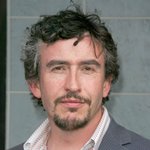 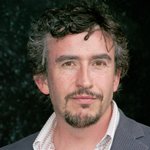