Despite many appearances in television shows such as The Saint and Jason King, she first came to prominence when she played Georgina Layton in the daytime soap Marked Personal. Beacham's first starring film role was opposite Marlon Brando in 1972's The Nightcomers directed by Michael Winner. The film was made during a lull in Brando's career and was a flop. During the filming of The Nightcomers, Beacham was challenged by Marlon Brando's unusual sense of humor, where as a prank, Brando would pretend to be deaf in the same ear as Beacham. Beacham received a great deal of attention for appearing nude in her love scenes with Brando. She was subsequently cast as Jessica Van Helsing in Hammer's Dracula A.D. 1972 alongside Peter Cushing.

Beacham's next role was as a repertory player with the Nottingham Playhouse, where she played several lead and feature roles, including the role of Nora in the Henrik Ibsen play A Doll's House. She again received attention and reinforcement to her "sex kitten" image when an Italian film that Beacham had made in 1973 was re-released in the UK in the late 1970s under the title Super Bitch. The producers of Beacham's film were capitalizing on the success of the film by Jackie Collins, The Bitch, which starred the author's elder sister, actress Joan Collins. The Italian film was therefore branded "Super Bitch" and marketed as a sequel. Other genre movies include And Now the Screaming Starts (1973), House of Mortal Sin (1974), Schizo (1976) and Inseminoid (1981). A number of roles in theater and episodic television followed during the late 1970s and 1980s. Beacham also had successful runs as a member of the ensemble of the UK-based series Tenko, as well as the lead in the series Connie.


Beacham as Sable Colby in DynastyHer success in those shows led her to be cast in one of her most well-remembered roles, as the devious matriarch Sable Colby on the television series The Colbys. The Colbys was a spinoff series of the opulent nighttime soap Dynasty, and Beacham was cast opposite Charlton Heston as the tentpole couple of the show. However, The Colbys never experienced the success of its parent show, and was cancelled after two seasons. In 1988, she was invited to reprise the role on Dynasty, much to the delight of fans of the character, but the show was nearing the end of its run and it, too, was cancelled a year after Beacham's arrival.

After the series, Beacham was cast in the series Sister Kate. In an attempt to shed her sex kitten/rich bitch image, she took the lead role as a nun taking care of children in an orphanage. The series lasted for one season and was cancelled in 1990. She then returned to Britain to play Mrs. Peacock in an ITV game show version of the board game Cluedo (1990).

In 1993, Beacham signed on to play Dr. Kristin Westphalen in the NBC series seaQuest DSV produced by Steven Spielberg. Her character was the chief oceanographer and medical doctor for the seaQuest, a submarine commanded by Capt. Nathan Bridger (played by Roy Scheider) in the year 2018. After a rocky start, the show built an audience throughout its first season. However, by the end of season one, tensions between producers and writers led to a major overhaul of the show's premise. The network decided to move away from its scientific roots in favor of more sci-fi/fantasy-based stories. Several actors were let go, and Beacham declined to sign on for another season.

Beacham played a main role in the popular prison drama Bad Girls. She played inmate Phyl Oswyn for four years, partnered with Amanda Barrie as the "Costa Cons", first appearing in Series five in 2003, until the final series in 2006. She also appeared on the 2006 movie Love and Other Disasters. She had once modeled nude for the magazine Playboy. In the late 1990s Graham Norton presented her with a copy of the issue; she said her only regret was the wig.[citation needed] 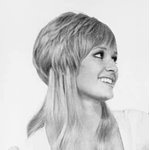 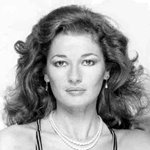 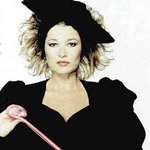 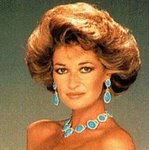 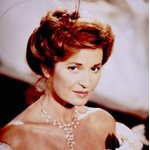 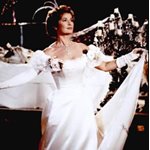 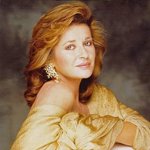 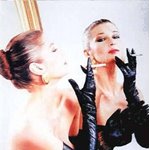