Sure, he may have yet to land the role that would launch him from popular child star to serious young actor, but the fact that Spencer Breslin has appeared in such notable blockbusters as Disney's The Kid, The Santa Clause 2, and The Cat in the Hat by the age of 12 certainly isn't a bad start. A native of New York City who once voiced the hope to one day study football at Notre Dame, young Breslin had traveled the globe by the time he was only ten. He'll be the first to point out that his mother has been indispensable in terms of developing his screen talents. Though he may be remarkably capable of running the gamut of emotions for such a young star, Breslin admits that the one thing that does come hard to him is the ability to cry onscreen, a weakness which only his mother could help him overcome.

Following his television debut in the series Soul Man, Breslin was cast in a small role in Stephen King's television miniseries Storm of the Century. Not only did the part offer the young actor the chance to meet one of the most popular writers of contemporary horror fiction, but it also gave him the chance to hone his onscreen persona. By the time casting was underway for Disney's The Kid, Breslin was talented and confident enough to beat out nearly 2,000 other hopefuls. A brief appearance in the same year's Meet the Parents soon followed, and after a quick pair of television appearances, Breslin was back on the big screen with the boy-meets-talking-koala charmer Ozzie (2001). In 2002, Breslin ventured into the world of animation by lending his voice to the popular television cartoon Teamo Supremo, with the same year's Return to Neverland offering even more vocal work. Of course, Breslin is primarily a live-action star, and after gaining feature face time in The Santa Clause 2 (2002), the rising star signed on for the eagerly anticipated feature The Cat in the Hat. The film starred Mike Myers as the titular character and featured Breslin and Dakota Fanning as the hapless children who are sucked into his surreal world. It wasn't long before Breslin was back up on the big screen in the 2004 comedy drama Raising Helen. 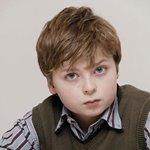 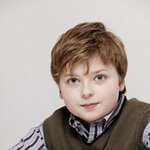 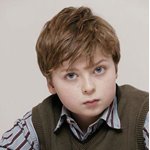 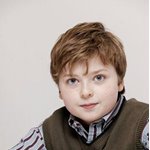 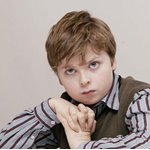