Sophie Dahl was born September 15, 1979, to a talented family. As the granddaughter of prolific author Roald Dahl, she served as the inspiration for the character of Sophie in his famous book, The BFG. Her childhood was hectic as she was shifted between a home in Los Angeles and a boarding school in England. The tumult contributed to depression and anorexia, both of which Dahl overcame. Her career as a model came as a complete surprise. It was her ambition to write or act like her father Julian Holloway and grandmother Patricia Neal. Fate had another line of work in mind when Dahl was spotted by Isabella Blow, a stylist with Vogue, in despair on a London street after an argument with her mother. In short time, the chance encounter led to a contract with Storm, a renowned agency in London.

Dahl did not experience a smooth start in the rigid world of fashion. Her size became an immediate issue, as the clothes she was appointed to model were not made to fit her frame. An initial shoot with Vogue featured her in an ensemble by Gianfranco Ferré that had to be pinned together in order to hold. Subsequent work was often done in the flesh, such as the 1999 Pirelli calendar and an infamous ad for Opium perfume. The latter was a major boost to her career, as the controversial shot of a naked Dahl caused a stir in Britain and received an inordinate amount of complaints from the public. The campaign from Yves Saint Laurent was pulled but not before Dahl had become somewhat of a celebrity for her unconventional beauty.

Her allure has captured the attention of several famous men, including none other than Rolling Stones lead singer Mick Jagger, with whom she engaged in a rather public dalliance. Dahl also had a long-term relationship with actor and director Griffin Dunne. Dahl has attempted to break into the world of film, with two to her credit, Best and Mad Cows. She appeared on stage in London in a production of The Vagina Monologues and portrayed Juliet in a radio version of the classic Shakespeare tragedy. Her passion however, may be to write, in the tradition of her grandfather Roald. Dahl completed an "adult fairytale" in 2002 called The Man With The Dancing Eyes. 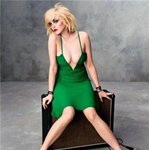 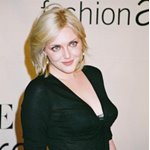 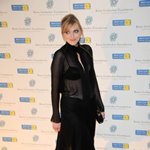 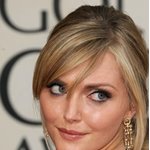 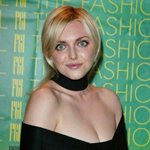 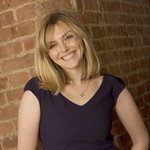 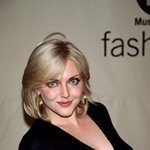 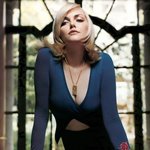