Shane Michael McRae was born to John and Sharon McRae on July 23, 1977 in Gainesville, Florida.

He is the oldest of three children. His sister, Kelley, was born November 14, 1979 and graduated from Southern Methodist University in Dallas, Texas. His brother, Ryan, was born December 9, 1982 and has graduated from Georgetown University in Washington, D.C. Shane and his family moved to Starkville, Mississippi in 1987.

In 1992, he tried out for Starkville High School's spring musical, "Oklahoma!" He got into this production, but found a conflict between it and soccer. So he chose to play soccer instead. In 1993, he tried out for "Bye, Bye Birdie" which was also put out by Starkville High School. He played the part of Randolph MacAfee. In 1994, he tried out for "Hello Dolly" yet another SHS production. This time he was among the main characters as Barnaby Tucker. The spring of 1995, found him in at least two high school drama class productions. He was Nick Bottom in "A Midsummer Night's Dream." He was also Jack in "Pals." The spring of 1996, was the last semester of Shane's first year in college. He attended Mississippi State University that first year and he performed in the school's production of "South Pacific" as Luther Billis. As a result of this role, he was an Irene Ryan Regional Finalist. The fall of that same year, Shane chose to attend the University of Evansville where he studied theatre. Since then he has been in a number of plays. In 1998, he played the part of Ryan in the Promised Land episode "Balancing Act." He played the part of Nelson in All Over Again which was filmed the summer of 2000. Since then he's played the part of Jason Chenier in Take Me Out which won a Tony, Chris Olshansky in the Hack episode "Fog Of War," An Engineer, Bill in Pullman Car Hiawatha& filled in for David Tom as Paul Cramer in One Life to Live. He is currently (2005) in rehearsals for Richard III where he will be playing the part of Richard's nemesis, Richmond. Shane McRae currently lives in New York.Shane McRae was born in Gainesville, Florida and grew up in Starkville, Mississippi. After graduating from the University of Evansville he went to New York City to attend the NYU Graduate Acting program where he received his masters degree. Soon after he landed his first role in the Tony Award-winning play Richard Greenberg's "Take Me Out" on Broadway. He later appeared in "Richard III" at the Public Theatre. Shane appeared as a guest star on "Hack" for CBS and is currently playing Bobby on the new NBC comedy "Four Kings". 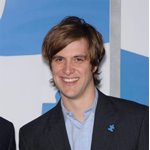