Sebastian Vettel is a German Formula One racing driver, currently driving for the Austrian racing team Red Bull Racing. He is the current World Champion, having won the championship in 2010, 2011, and 2012. In his first year driving for Red Bull in 2009, Vettel finished the season as the youngest-ever World Drivers' championship runner-up.

The following year he went on to become the youngest driver ever to win the World Drivers' Championship. In the same year he helped Red Bull win the team's first World Constructors' Championship. He followed up his first championship with a second in 2011, becoming the youngest double as well as youngest consecutive champion. Vettel won the 2012 F1 World Championship, becoming the youngest triple champion in the history of the sport. Vettel became BMW Sauber third driver at the 2006 Turkish Grand Prix, when former incumbent Robert Kubica was called up to replace Jacques Villeneuve for the 2006 Hungarian Grand Prix. On his testing debut, Vettel set the fastest time in the second Friday Free Practice before the race. In his second testing session in the 2006 Italian Grand Prix, he set the fastest time in both Friday practice sessions, a race weekend in which all the BMW cars were quick, with his predecessor Robert Kubica finishing on the podium in the race. On 31 July 2007, BMW released Vettel to join Red Bull's Scuderia Toro Rosso team, replacing Scott Speed as one of its drivers from the Hungarian Grand Prix onwards. He earned approximately US$165,000 for finishing the season with Toro Rosso. Before the race, it was also announced that Vettel would drive for Toro Rosso in 2008, alongside Sebastien Bourdais. Vettel was pulled mid-season from the Formula Renault 3.5 series, which he was leading at that time. At the start of the 2009 season, Vettel replaced the retired David Coulthard at Red Bull Racing, and began strongly at the Australian Grand Prix, qualifying third and running in second for the majority of the race. However, a clash with Robert Kubica over second place on the third to last lap of the race forced both to retire.

Vettel attempted to finish the race on three wheels behind the safety car to salvage some points, but eventually pulled off to the side. He thought that he would be able to attempt this because the yellow flag resulting from his incident forbids overtaking; instead he was given a ten-place grid penalty for the next race, the Malaysian Grand Prix, and his team was fined for instructing him to stay on track after the damage occurred. In Malaysia he qualified in third position, but was demoted down to 13th due to his ten-place grid drop. He spun out of the race while eighth, just before the race was stopped due to adverse weather conditions. On 21 August 2009 it was announced that Red Bull and Vettel had extended his contract until the end of the 2011 season with an option for 2012. The option was taken up on 14 March 2011, as Vettel extended his contract with the team until the end of 2014.

Vettel has mentioned he would like to at some point in his career drive for Ferrari, and is rumoured to have a non-binding pre-contract, with options, with them for 2014, while Red Bull believes he will stay with them for as long as they supply a competitive car. Prior to the 2011 Japanese Grand Prix, Red Bull's advisor Helmut Marko expressed his wish to extend Vettel's contract for another two years, to 2016. 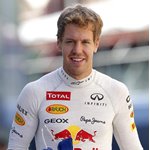 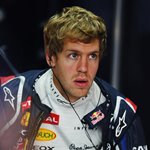 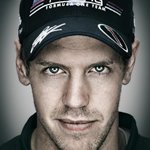 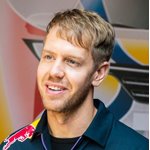 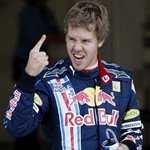 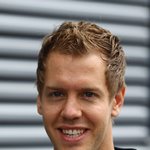 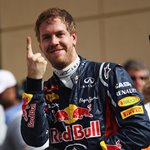 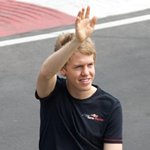