Scott Thomas Savol (born April 30, 1976) is an American singer and was the 5th place finalist on the fourth season of American Idol. He was born in Cleveland, Ohio, but lived in Shaker Heights, Ohio. He now resides in Nashville, Tennessee, where he records music. Savol has a son named Brandon. He has an upcoming song titled "Don't Rush" produced by Washington, DC based production team The BeatMoguls that is hitting the airwaves.

During the American Idol competition, The Smoking Gun reported that Savol had been charged with misdemeanor assault for hitting his girlfriend and mother of his son, Michele Martin, with a telephone on February 14, 2001 so hard that the phone broke. Savol pled the charge down to disorderly conduct, for which he received probation and was ordered to complete a domestic abuse or anger management class; his girlfriend received a temporary restraining order against him. Idol producers said that Savol had already disclosed this incident to them and that "considering Scott's honesty and his remorse, the situation did not warrant his disqualification."

The fact that Savol outlasted many singers who were often considered superior to him (such as Nikko Smith, Nadia Turner, and Anwar Robinson) led many commentators to speculate that a portion of Savol's "fan base" actually consisted of people who were attempting to destroy the credibility of American Idol by voting for someone they considered the worst finalist. Other people suggested Savol was supported by Christian voters because Savol frequently thanked God after his performances, or by voters who saw him as an underdog or "regular Joe" due to his lack of stereotypical pop star looks. Often, he would draw comparisons to actors Mark Addy and Kevin James. He was affectionately dubbed "Scotty the Body" by Idol host Ryan Seacrest.

Savol made it into the final five on Idol and then became the eighth contestant to be voted off the show, on May 4, after singing George Benson's version of "On Broadway" and Brian McKnight's "Everytime You Go Away" during a dual-themed week of songs written by Leiber and Stoller and songs presently on the Billboard charts. 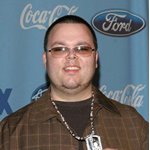 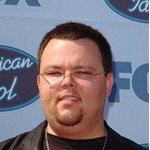 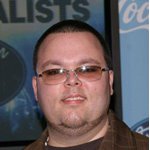