Scott Lowell was born in Denver and raised in Connecticut. He majored in theater at Connecticut College and also studied acting at the National Theatre Institute. Shortly thereafter, he moved to Chicago where, over the course of a decade, he immersed himself in the local theater performing at the famed Steppenwolf and The Goodman. He also landed his first TV role in Chicago on "Early Edition."

His television credits include appearances on "Frasier," "Caroline in the City," and a number of successful commercial campaigns for such companies as Nike, Lexus, Budget Rent-A-Car, and Payday candy bars.

On the feature front, Lowell has most recently co-starred in ON THE EDGE for SHOWTIME. He also appeared in such feature films as "The Debtors," "Damned If You Do," "Ladies from LA," "Love Bites" (Sundance 1999), and "Opus 27" in which he played a young Ludwig von Beethoven.

Lowell's stage credits include productions of "Present Laughter," "Assassins," "Twelfth Night," LAUGHTER ON THE 23RD FLOOR, and the world premiere production of Steve Martin's "Picasso at the Lapin Agile." 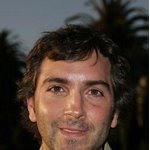