Samantha Bond is an English actress best known for her roles as Miss Moneypenny in the James Bond films during the Pierce Brosnan years, as Auntie Angela in the BBC comedy Outnumbered and as Lady Rosamund Painswick in Downton Abbey. She is married to Alexander Hanson and has two children, Molly and Tom. Samantha Bond is the daughter of actor Philip Bond and TV producer Pat Sandys, and is the sister of the actress Abigail Bond and the journalist Matthew Bond.

She has appeared in many television series, notably the 1997 adaptation of Emma starring Kate Beckinsale. She is a member of the Royal Shakespeare Company and starred opposite Dame Judi Dench in David Hare's award-winning play Amy's View at the Royal National Theatre. In 1983, she appeared in the original Southampton production of Daisy Pulls It Off before it moved to the West End. Also in 1983 she appeared in Mansfield Park and in the fourth series of Rumpole of the Bailey, where she played Rumpole's pupil 'Mizz' Liz Probert. In 1985, she appeared in the BBC's adaptation of A Murder is Announced, a Miss Marple novel by Agatha Christie.

In 1989, she starred in the television adaptation of Oswald Wynd's novel The Ginger Tree. She played Mary MacKenzie, a young Scottish woman who finds disillusionment, love and heartbreak, in turn of the century Japan. It spans the time from 1903 to the outbreak of the Second World War. She also had a featured role in Erik the Viking, starring Tim Robbins, Eartha Kitt and Mickey Rooney. In 2009, she took part in the BBC Wales programme Coming Home, about her Welsh family history. In 2009, she portrayed Queen Elizabeth II in part of a series of television programmes for Channel 4 charting particular periods of the monarch's reign. She starred as Mrs. Cheveley in a new production of An Ideal Husband at the Vaudeville Theatre in November 2010. In 2011 she narrated a documentary on Operation Crossbow and one on the science of colour on BBC's Horizon series. She has made several guest appearances as Lady Rosamund Painswick, sister of Lord Grantham, in the ITV costume drama Downton Abbey. 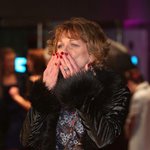 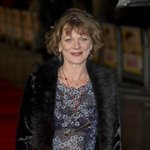 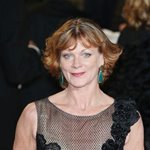 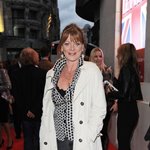 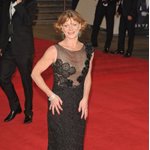 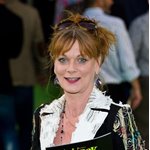 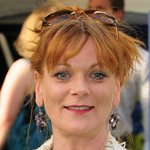 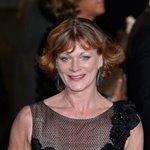