Born to family of actors, Sam Robards gracefully followed the footsteps of his parents and made his acting debut at age 19 in off-Broadway production of "Album." Two years later, he made an impressive feature film debut as a suitor to Molly Ringwald, in Paul Mazursky's very loose adaptation of the William Shakespeare drama/comedy play, "Tempest" (1982). For his performance in the film that also stars John Cassavetes, Gena Rowlands and Susan Sarandon, Robards earned a Young Artist Award nomination for Best Young Supporting Actor in a Motion Picture.

Following his big screen debut, Robards retreated to the small scren and made his TV-movie debut in the NBC movie starring Roy Scheider and Liv Ullmann, "Jacobo Timerman: Prisoner Without a Name, Cell Without a Number" (1983). He also supported Ellen Burstyn in the chilling fact-based TV movie "Into Thin Air" (1985) and was spotted as a guest in an episode of ABC mystery series "Spenser: For Hire."

After returning to the big screen with future wife Suzy Amis in writer/director Kevin Reynolds' comedy "Fandango" (1985), in which he played one of the five college buddies (the other four were played by then-unknown Kevin Costner, Judd Nelson, Brian Cesak and Chuck Bush) who celebrate their last days before the Army draft by going on a road trip, Robards was cast in the lead role of Kevin Keegan, a recently divorced TV news photographer who returns to Roosevelt High School to teach the kids how to make a weekly cable TV show, in the CBS drama series "TV 101" (1988-1989). Meanwhile, he teamed with his father Jason in James Bridges' film adaptation of Jay McInerney's popular novel, "Bright Lights, Big City" (1988; starring Michael J. Fox), and essayed the role of Chaplain Kirk in Brian De Palma's Vietnam war drama "Casualties of War" (1989; starring Michael J. Fox and Sean Penn).

Entering the new decade, Robards played the regular role of Larry Potter (1990-1991), Chris Elliott's childhood friend who has since "grown up," on the first season of Fox comedy series, "Get a Life." Afterwards, he acted opposite then wife Suzi Amis in writer/director Maggie Greenwald's Western drama "The Ballad of Little Jo" (1993) and appeared alongside mother Lauren Bacall in Robert Altman's satirical dark comedy "Ready to Wear" (1994; aka Pret-a-Porter). He also portrayed Harold Ross, founder of The New Yorker magazine, in Alan Rudolph's biopic about the writer/poet, "Mrs. Parker and the Vicious Circle" (1994; starring Jennifer Jason Leigh), and was cast as an ambitious, amoral transplant surgeon in the USA Network movie inspired by William H. Mooney's novel, "Donor Unknown" (1995).

In 1996, Robards acted opposite Robert Duvall in the TNT historical movie about one of the key figures in the Jewish holocaust of World War II, "The Man Who Captured Eichmann," and joined the ensemble of fine young talent including Matt Dillon and Uma Thurman in Ted Demme's "Beautiful Girls." In the next years, he provided his voice to Avraham Aviel for the PBS documentary "The Trial of Adolph Eichmann" (1997) and had a recurring role as Arthur (1998-1999) on ABC sitcom "Spin City." Meanwhile, he lent his voice for Henry in the independent drama "Love from Groud Zero" (1998) and portrayed Mike Riordan in CBS-movie based on the Anna Quindlen 1998 novel, "Black and Blue" (1999). He also teamed with Scott Bakula playing the 'two Jims,' the homosexual neighbors, in Sam Mendes' Oscar-winning film starring Kevin Spacey, "American Beauty" (1999).

The new millennium saw Robards acting on stage, in the Off-Broadway play "The Altruists" by Nicky Silver. He subsequently went back on screen, playing Bill Ray, the dentist boyfriend of Glenne Headly's Chelsea, in the live CBS broadcast of Ernest Thompson's play, "On Golden Pond," and co-starred as the adoptive father of a robotic child (played by Haley Joel Osment) in Steven Spielberg's sci-fi acclaimed film "A.I. Artificial Intelligence" (both in 2001). Also in 2001, he co-starred with Kevin Kline and Hayden Christensen in Irwin Winkler's "Life as a House."

Robards' stage performance received rave reviews in 2002 when he was nominated for Broadway's 2002 Tony Award as Best Actor (Featured Role - Play) for his turn as Gustav Eberson in Arthur Miller's "The Man Who Had All the Luck." He then went back to films and could be seen as Kristen Stewart's dying father in Bart Freundlich's "Catch that Kid" (2004), a remake of the Danish blockbuster "Klatretøsen" (2002), and portrayed the pompous megalomaniac producer of a reality TV program in Greg Pritikin's comedy "Surviving Eden" (2004).

From 2004 to 2005, Robards had a recurring role as Greg Brock in the NBC political drama "The West Wing." Meanwhile, he was spotted as a guest in an episode of CBS short-lived drama "Clubhouse" and NBC police procedural drama "Law & Order: Criminal Intent." He also appeared in the Alan Ayckbourn play Absurb Person Singular on Broadway at the Biltmore Theatre, New York, NY, in October 2005, and acted alongside Victoria Foyt, Lee Grant and Bruce Davison in Henry Jaglom's disappointing movie "Going Shopping" (2005).

After guest starring in an April 2006 episode of CBS crime/cop drama "CSI: Miami," Robards landed a supporting role as Howie 'The Captain' Archibald on the CW teen drama based on the popular novel series by Cecily von Ziegesar, "Gossip Girl" (2007). Most recently, moviegoers could catch him alongside Hayden Christensen and Jessica Alba in Joby Harold's newly-released psychological drama/thriller film "Awake," as the father of Christensen's lead character.

Robards will soon complete his upcoming film, "The Other Side of the Tracks," a a supernatural ghost film by Argentine-born director A.D. Calvo which stars Brendan Fehr, Chad Lindberg and Tania Raymonde. He will also co-star with Hart Bochner and Matt Malloy in a mockumentary written and directed by Campbell Scott, "Company Retreat." 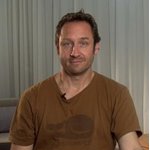 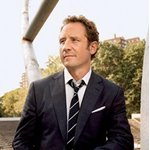 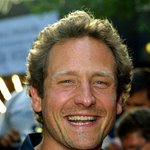 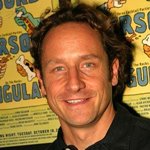 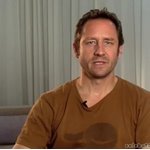 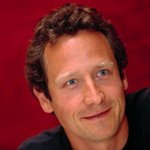 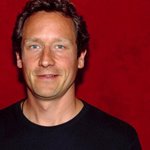