Feisty, hard-working, famously liberal, with the trademark peroxide blonde hair, actress Sally Kirkland has certainly made an indelible mark on Hollywood history. Born in New York City to a 'Vogue' Fashion editor mother, Sally began her career on the off-Broadway circuit and trained under Lee Strasberg in the 1960s. It was not long before she made her transition into Hollywood movies, gaining more recognizable roles as the decade progressed. Sally's first role in a high profile film came in the remake of The Sting (1973), playing the role of 'Crystal'. Throughout the 1970s, Sally remained very busy in a variety of roles in movies such as the made for television The Kansas City Massacre (1975) (TV), Breakheart Pass (1975) and Private Benjamin (1980).

Her work in the 1980s was mainly seen in the form of B class exploitation movies including the low budget slasher movie Fatal Games (1984), Paint It Black (1989) and High Stakes (1989) opposite Kathy Bates. Sally appeared in the martial arts drama Best of the Best (1989) opposite Eric Roberts and James Earl Jones. There were also roles in TV soap opera, "General Hospital" (1963) in 1982, and "Falcon Crest" (1981) in 1983. Amidst all of this, Sally managed to garner critical and commercial acclaim (and an Oscar nomination) for her role as a struggling Czech has-been actress in Anna (1987). The New York set drama proved an exceptional vehicle for Sally's talent. Although she did not win the Academy Award, the role is often remembered as Sally's best and most challenging role to date.

In the 1990s, Sally appeared in many films. She spent more time on television in TV movies or guest appearances, and appeared in many feature films as well. The Haunted (1991) (TV) is worth mentioning for featuring Sally n a central role based on actual events. She appeared opposite Jeffrey De Munn and Cassie Yates in the film chronicling a decade of a family's terror at the hands of poltergeists. She also surprised many with her role in the erotic thriller In the Heat of Passion (1992) playing a wealthy housewife who strips down for some passionate scenes with Nick Corri . In the same vein, Sally teamed up with erotic thriller connoisseur Andrew Stevens for Double Threat (1993) playing a washed-up actress involved with a double crossing younger husband. Sally also appeared in a small role in the major feature JFK (1991). Her television guest appearances included "Murder, She Wrote" (1984)_ in 1995, "The Nanny" (1993) in 1996 and "Felicity" (1998) in 1999. She appeared in the hallmark soap opera "Days of Our Lives" (1965) for a few months in 1999. Roles in more high profile films included Excess Baggage (1997), Edtv (1999) and opposite Peter Gallager in a TV adaptation of Aldous Huxley's _Brave New World (TV)(1998)_ playing a scatty aging mother with an addictive personality.

From 2000 onwards, Sally's roles in film changed noticeably. She became involved in many independent movies on the film festival circuit. Notable films include the short movie Audit (2001), The Rose Technique (2002), Mango Kiss (2004) and _Coffee Date (2005)_. Many of her appearances highlighted her liberal attitude towards contemporary social issues. Notably, Sally appeared opposite the late Robert Urich in his last movie Night of the Wolf (2002) (TV). Her deep involvement with the Church of the Movement of Spiritual Inner Awareness has been highlighted in the movie Spiritual Warriors (2008), and as an ordained minister for this church, she joined the late Shelley Winters (her godmother) with her long time partner into marriage before her death in early 2006.

With more films on the horizon, Sally's involvement with independent cinema is only at the beginning. On general release soon will be Off the Black (2006), Sally's latest independent offering. Also an artist, she has her own gallery in Los Angeles displaying her unique work. She currently resides in Los Angeles with her beloved dog Shiva. In her 60s, Sally still sports her trademark blonde hair, and after over 120 film appearances, shows no sign of letting up. 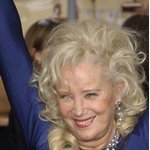 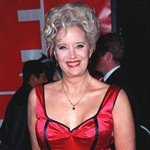 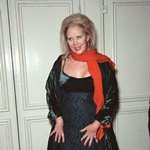 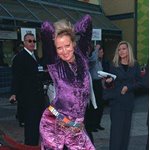 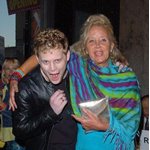 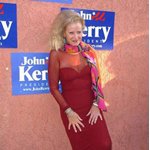 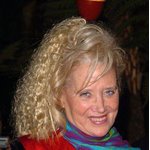 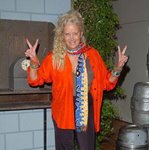