Ron Glass made a career on TV sitcoms spinning wisecracks and quite often playing the personification of the ambitious, "buppie". He is perhaps best recalled as the clothes-conscious Det. Ron Harris on the long-running sitcom "Barney Miller" (ABC, 1975-82).

With solid Midwestern roots, the Indiana-born and bred Glass made his stage debut at the Guthrie Theatre in Minneapolis before migrating to Hollywood. His first TV work was in an episode of "Sanford and Son" in 1972, which he followed with an appearance on "Good Times" as a con artist posing as a blind man. In 1975, he landed "Barney Miller" and at the demise of that series, Glass was given a shot at headlining a series. He was teamed by ABC with Demond Wilson in "The New Odd Couple", a short-lived 1983 series in which Glass played the Felix Ungar character. During the rest of the 80s, he guest-starred on numerous TV series, often playing smarmy or egomaniacal characters. He was a country-club nemesis for Sherman Helmsley on several episodes of "Amen" from 1989-91, and, in the 90s, Glass was an outrageously self-absorbed celebrity pushing Carl Winslow around on "Family Matters". Occasionally, Glass appeared in dramas, such as a 1985 episode of "Twilight Zone", in which he was a mathematics whiz who conjures a demon. Glass returned to series TV in 1992 as the sales manager of a radio station on NBC's short-lived "Rhythm and Blues", which focused on the exploits of a Caucasian DJ at a Black radio station. In 1996, he was again on NBC co-starring in "Mr. Rhodes", a vehicle for stand-up comedian Tom Rhodes. Glass has also appeared in the occasional TV-movie, beginning with thug roles in "Beg, Borrow or Steal" and "Shirts and Skins" (both ABC, 1973), and in "Perry Mason-The Case of the Shooting Star" (NBC, 1983). Additionally, Glass has directed sitcoms, including episodes of "STAT!" (ABC, 1991). His feature film appearances have been limited. Glass was in one of the first direct-to-video releases, "Deep Space" (1988), in which nasty aliens were running amok. He was seen on the big screen as doctors in both "Houseguest" (1995), starring Sinbad, and Randal Kleiser's "It's My Party" (1996).

Glass landed another series regular role in 1997's shortlived comedy "Teen Angel" and again scored a part in the equally short-lived drama "The Education of Max Bickford" (2001-2002). During this time he also appeared in several small film and made for tv roles, including a teen twist on the Faustian tale of soul-selling, "Deal of a Lifetime." In 2002, this veteran actor once again landed a coveted cast role on a new show. This time, it was in the much awaited Joss Whedon sci-fi drama "Firefly." 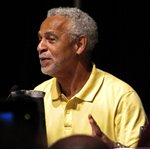 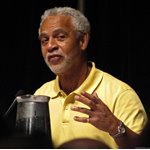 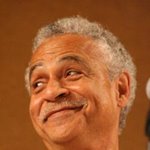 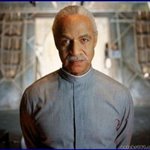 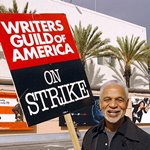 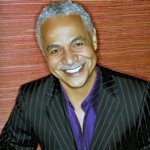 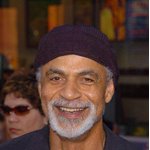