Horry was selected 11th overall in the 1992 NBA Draft by the Houston Rockets as a six-foot-ten small forward. In his rookie season, he averaged 10.1 points per game. He spent his first four seasons with the Rockets, helping them win the NBA Championship in 1994 and 1995 and setting individual NBA Finals records with five 3-pointers in a quarter and seven steals in one game.

In February 1994, he and Matt Bullard were traded to the Detroit Pistons for Sean Elliott, but Elliott failed a physical because of kidney problems, and the trade was rescinded before Horry could ever play for Detroit. Horry has said that the trade falling through probably saved his career. Horry went on to be a key member of the Rockets' title teams and began to lay the foundations for his "Big Shot Rob" reputation with a game-winning jumper in the final seconds of Game 1 of the Rockets 1995 Western Conference Finals series vs. the San Antonio Spurs and adding a crucial basket in a 106-103 win in the NBA Finals Game 3 against the Orlando Magic. 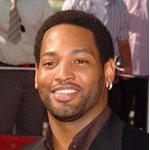 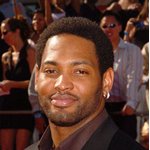