Rob Hall (January 14, 1961 - May 11, 1996), New Zealander, was a mountaineer best known for being head guide of a 1996 Mount Everest expedition in which he, a fellow guide, and two clients perished. A best-selling account of the expedition was given in Jon Krakauer's Into Thin Air. At the time of his death, Hall had ascended Everest more times than any other non-Sherpa mountaineer.

Hall met his future wife, Jan Arnold, during his Everest summit attempt in 1990. Hall asked Arnold for a date on a climb to Mt. McKinley and later, the two married. In 1993, Rob Hall summited along with Arnold. In the catastrophic 1996 season, Arnold would have accompanied Hall on his Everest expedition, but she was pregnant. Two months after Hall died on the descent from Everest she gave birth to Sarah, their daughter. 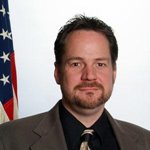