While Ricky Jay has long been considered one of the world’s great sleight-of-hand artists, his career is further distinguished by the remarkable variety of his accomplishments as an author, actor, historian, and consultant.


His one man show Ricky Jay & His 52 Assistants was directed by David Mamet and garnered for Mr. Jay the Lucille Lortel and Obie Awards for Outstanding Achievement. Subsequent productions were staged at Chicago’s Steppenwolf Theater, the Melbourne International Arts Festival, the Tiffany Theater in Los Angeles, The Spoletto Festival in Charleston and the Old Vic in London. His most recent show, Ricky Jay: On the Stem, also directed by Mr. Mamet, just closed a seven-month critically acclaimed run in New York City.

As an actor, Mr. Jay debuted in the Joseph Papp production of Midsummer Night's Dream at the New York Shakespeare Festival. He has appeared in David Mamet's films: House of Games, Homicide, Things Change, Spanish Prisoner, State and Main, and Heist. He can be seen in many other films including Boogie Nights, Magnolia, and the James Bond film, Tomorrow Never Dies. He also starred in the heralded episode of the X-Files, "The Great Maleeni."

A serious student of his art, he has been elected to membership in the American Antiquarian Society for whom he authored Many Mysteries Unraveled: Conjuring Literature in America 1786-1874. He is a contributor to The Cambridge Guide to American Theater and has defined the terms of his art for the Encyclopædia Britannica. Mr. Jay’s book, Learned Pigs and Fireproof Women was published to critical and popular acclaim and was voted one of the outstanding books of the year by the Theater Library Association and one of the "Notable Books of the Year" by The New York Times Book Review, which hailed his work in a rave front page review. 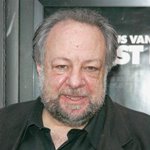