Trained in both London and the United States, Rhys Ifans has performed in a number of English and Welsh language productions, including William Shakespeare's "Hamlet" and "As You Like It." While performing at the Royal National Theatre, London and the Royal Exchange Theatre, Manchester, he also appeared in many English and Welsh language television projects, including the TV series "Spatz" and "Nightshift."

In 1994, Ifans had a featured role in the West End production of Jonathan Harvey's "Beautiful Thing," playing Tony, the young, neo-hippie lover of an older woman whose teenaged son is coming of age. The next year, he starred as a married man who impregnated a single mother (played by Helen McCrory) in Streetlife, writer-director Karl Francis' dreary drama produced by BBC Wales screened at film festivals in London, Berlin and Vancouver. He was also featured in fellow Welshman Anthony Hopkins' directorial debut August (1996), a 19th-century Wales-set adaptation of Anton Chekhov's 1899 romantic drama comedy play "Uncle Vanya."

Next, Ifans was cast as the British foreign news editor of a local newspaper in Lasse Hallström's disappointing adaptation of E. Annie Proulx's Pulitzer Prize-winning novel, The Shipping News (starring Kevin Spacey, Julianne Moore, Judi Dench and Cate Blanchett), and portrayed a feral man born and raised in the woods in Michel Gondry's Human Nature (both in 2001). The comedy film, loosely based on the Björk music video with the same name Gondry directed in 1993, was premiered at Cannes and released theatrically in USA in 2002. He was also cast as drug distributor Iki in Ronny Yu's drug comedy feature Formula 51 (with Samuel L. Jackson, Robert Carlyle and Emily Mortimer) and co-starred in Shane Meadows' drama comedy Once Upon a Time in the Midlands, as the man who proposes to his girlfriend (played by Shirley Henderson) on TV.

After a brief hiatus, Ifans returned to the big screen in 2004 with the title role of the Aussie cement truck driver who becomes a national sensation when he lifts off in his deck chair tied to balloons in Jeff Balsmeyer's true story-based romantic comedy Danny Deckchair (alongside Miranda Otto) and co-starring with Daniel Craig and Samantha Morton in Roger Michell's drama/romance/thriller film inspired by Ian McEwan's best-selling novel, Enduring Love. He also picked the role of Dobbin, the young godfather of Jonathan Rhys Meyers' George Osborne who gradually falls for the widowed Amelia (played by Romola Garai), in director Mira Nair's film adaptation of William Makepeace Thackeray's novel, Vanity Fair, (starring Reese Witherspoon. His television work in the British TV movie Not Only But Always (2004), in which he starred as Peter Cook, the raffish, quick-witted young man who forms the “Beyond the Fringe” comedy troupe with Moore (played by Aidan McArdle), received critical praise and won him BAFTA’s Best Actor.

Besides acting, Ifans is also a talented singer. He was the original lead singer for the band Super Furry Animals, but leaving before the band became well known in the late 1990s. He has appeared in several rock promos, including "God Show Me Magic" by the Super Furry Animals (1996), "Mulder and Scully" by Catatonia (1998), "Mama Told Me Not To Come" by Tom Jones and the Stereophonics (2000) and "The Importance of Being Idle" by Oasis (2005). 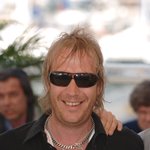 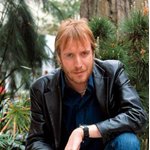 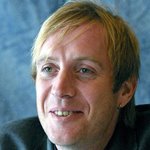 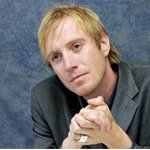