Before being promoted to the main World Wrestling Federation (WWF, now WWE) roster, Orton trained in and wrestled for Mid-Missouri Wrestling Association-Southern Illinois Conference Wrestling for a month. He was then sent to Ohio Valley Wrestling (OVW), where Orton held the OVW Hardcore Championship on two separate occasions. One of Orton's first official WWF appearances was March 16, 2002 at WrestleMania X8's Fan Axxess, where he was defeated by Tommy Dreamer. Orton's first televised WWF match was against Hardcore Holly on SmackDown! On April 25, 2002. Soon after, Orton became a fan favorite and was placed in a series of matches with Holly. In September 2002, Orton was drafted to the Raw brand, where he defeated Stevie Richards in his debut on the show. Within weeks of his debut on the Raw brand, Orton suffered a shoulder injury, leaving him sidelined for months. While recovering, Orton still appeared on Raw in his own Randy News Network segment, a weekly vignette featuring him talking about his condition. The show interrupted other segments of Raw programming, which caused Orton to slowly transition himself into a narcissistic and self-centered villain.

After his injury healed, Orton joined the Evolution stable, which consisted of Ric Flair, Triple H, and relative newcomer, Dave Batista. The group was pushed on Raw from 2003 to 2004, with the height of their dominance occurring after Armageddon in 2003 when all of the men's titles on Raw were held by the members of Evolution. In 2003, Orton spent much of his time helping Triple H overcome challenges for the World Heavyweight Championship. Orton joined Triple H in a six-man Elimination Chamber match for the World Heavyweight Championship at SummerSlam, involved primarily to secure Triple H's title defense, and was eliminated by Goldberg, but the stable managed to fulfill its purpose and Triple H went on to eliminate Goldberg and thus retain his title. In 2004, Orton appeared on the late-night talk show Jimmy Kimmel Live! to promote the Taboo Tuesday pay-per-view. In March 2007, alongside Edge, John Cena, and Bobby Lashley, Orton appeared on the NBC game show Deal or No Deal. In July 2009, Orton revealed he read for the lead role in The Marine 2 (2009), the sequel to the 2006 film The Marine. He was given the part, but after injuring his collarbone, the film's producers decided to go with Ted DiBiase.

Orton has a supporting role in the film That's What I Am, alongside Ed Harris and Amy Madigan. The film is a coming-of-age comedy written and directed by Michael Pavone. On March 28, 2012 it was reported that Randy Orton would starring in Marine: Homefront On 3 April it was reported that Orton was dropped from starring Marine Homefront due to his past with the USMC. He was replaced by fellow wrestler The Miz. On 3 September 2012 it was announced that Orton would starring in 12 Rounds: Reloaded. 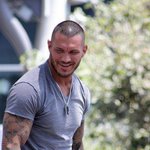 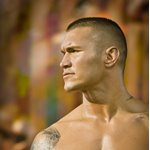 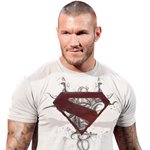 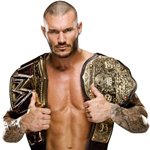 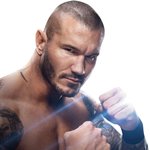 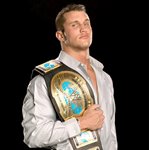 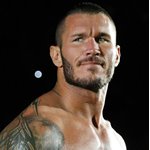