In the quarterfinals of the 2007 Dubai Tennis Championships, Nadal lost to Mikhail Youzhny, 7-6, 6-2. After that loss, he played at the Pacific Life Open, defeating Andy Roddick 6-4, 6-3 in the semifinals and Novak Đoković 6-2, 7-5 in the final. However, at the Sony Ericsson Open in Key Biscayne, Florida, Nadal was defeated in the quarterfinals by tenth seeded Đoković 6-3, 6-4.

Nadal is currently entered in the 2007 French Open, where he has, so far, advanced to the third round. 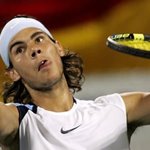 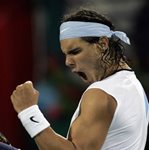