Rafael Da Silva commonly known as Rafael or Rafael da Silva, is a Brazilian footballer who plays for Manchester United. He normally plays as a defender in a right back position, but can also play on the right side of midfield. He is the twin brother of Fabio, who is on loan to Queens Park Rangers from Manchester United.

Rafael also has two caps for Brazil, having made his debut in a 3–1 victory over Denmark on 26 May 2012. He has also played for Brazil at under-17 level and was part of the silver medal-winning under-23 side at the 2012 Summer Olympics. On 16 January 2011, Rafael was sent off for a second occasion, collecting two bookings in a 0–0 league draw against Tottenham Hotspur at White Hart Lane. Rafael received an £8,000 fine and a warning about his future conduct by The FA following his red card. Rafael suffered a concussion in United's 3–2 away victory over Blackpool on 25 January, the match following his one-game ban, and was taken to hospital for X-rays before later being released. Rafael collided with Blackpool's Marlon Harewood during the second half which resulted in 10 minutes of stoppage time and forced Rafael out of United's FA Cup tie away to Southampton on 29 January. Rafael made his first competitive start of the season since the Community Shield victory back in August, against Crystal Palace in the League Cup on 20 November 2011. A game which United lost 2–1 in extra time. On 31 December, Rafael started his first league game of the season against Blackburn Rovers, playing in an unusual defensive midfield role with Park Ji-Sung before moving to right-back for the second half. He was later replaced by Will Keane in the 85th minute. In 2007, Rafael played for Brazil's national under-17 team in the FIFA U-17 World Cup. He was approached by Portuguese national coach Carlos Queiroz and asked to play for Portugal's senior side, as both Rafael and Fabio hold Portuguese citizenship. Rafael indicated a willingness to take Queiroz up on his offer if he did not end up playing for Brazil, while Fabio remained set on playing for Brazil. On 26 July 2010, Rafael was called up to the Brazilian senior team for the first time, as he was included in new coach Mano Menezes' first squad for their friendly against the United States on 10 August.

Rafael was originally left out of the Brazil squad for their friendlies in May and June 2012, but was later called up to replace the injured Daniel Alves. Danilo was selected ahead of Rafael for the game against Denmark on 26 May, but he did eventually come on as a substitute to make his senior international debut. On 26 July 2012, Rafael scored Brazil Under-23's first goal of the Olympics in a 3–2 victory over Egypt. 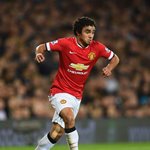 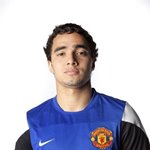 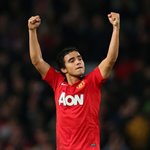 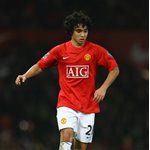 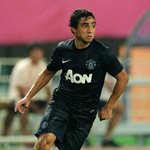 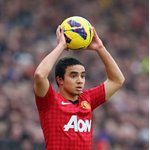 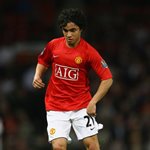 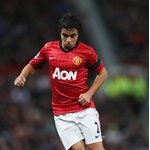