Rae Dawn Chong began appearing on Canadian television as a preteen. At age 12, she was discovered by a Disney talent scout who got her a role in Disney's “The Whiz Kid and the Mystery at Riverton” (1974), based on the book by Clifford B. Hicks.

In the early 1980s, Chong co-starred with Adrienne Barbeau in the made-for-television movie “Top of the Hill” (1980) and guest starred in a February 1980 episode of CBS' popular and critically acclaimed drama series starring Ed Asner, "Lou Grant." She also landed her first major screen role in “Quest for Fire” (aka “Guerre du feu, La”), director Jean-Jacques Annaud's Oscar winning adaptation of J.H. Rosny Sr.'s 1911 French novel. In the film, which also stars Everett McGill, Ron Perlman and Nameer El-Kadi, Chong portrayed Ika, a young Ivaka prisoner who escapes with Naoh (Gill). The role later earned her the Canadian equivalent of an Academy Award and a Genie award for Best Performance by an Actress in a Leading Role.

After guest starring in a 1986 episode of the short-lived anthology series "Tall Tales and Legends," Chong returned to the wide screen and costarred with C. Thomas Howell in Steve Miner's comedy “Soul Man” (1986). She was then seen with Mick Jagger in Julien Temple's independent musical “Running Out of Luck” (1987) and opposite Michael Keaton in Roger Young's crime comedy “The Squeeze” (1987), as an inexperienced private investigator named Rachel Dobbs. She was also cast in Christopher Cain's crime drama “The Principal” (1987), alongside James Belushi and Louis Gossett Jr., and David Greenwalt and Aaron Russo's independent comedy “Rude Awakening” (1989), with Robert Carradine.

The new decade saw Chong in two independent films, writer-director Erin Dignam's “Denial,” opposite Robin Wright Penn and Jason Patric, and Allan A. Goldstein's “Chaindance.” Afterward, she appeared in John Harrison's horror anthology “Tales from the Darkside: The Movie.” On the small screen, she starred in the made-for-television movies “Curiosity Kills” and “Prison Stories: Women on the Inside,” as well as guest starred in an episode of USA Network's mystery anthology series "The Hitchhiker."

From 1992 to 1993, Chong played the recurring role of Carrie Fellows on Fox’s hit soap opera "Melrose Place." During that time, she hosted the TV show "Nitecap" and supported Louis Gossett Jr. and Blair Underwood in the TV movie “Father & Son: Dangerous Relations,” playing Gossett's love interest. She also starred in the independent films “When the Party's Over,” a drama comedy by Matthew Irmas in which she acted opposite Sandra Bullock, and “Time Runner,” a sci-fi thriller by Michael Mazo in which she played a scientist named Karen McDonald.

In the new millennium, Chong snagged the regular role of Dr. Peggy Fowler on NBC/Pax's sci-fi series "Mysterious Ways" (2000-2002). During that time, she appeared in the films “Dangerous Attraction” and “The Visit,” the latter of which nominated her for Theatrical - Best Actress at the Black Reel Awards. She was also spotted as a guest in an episode of CBS’ serial drama "Judging Amy." She also stepped behind the screen to write and direct the horror/comedy film “Cursed Part 3,” starring Chris Pratt. 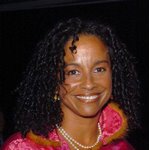 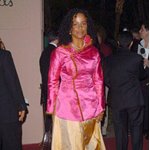