Rachelle Leah San Filippo began modeling professionally at age 18. Before her career began to take off, she was studying to become a paramedic.[1] She started out modeling for Ford Motor Company and made appearances on shows such as The View, Carson Daly, and the Nick And Jessica Variety Show. By the age of 19, her photo was seen on a boxing website by the UFC, and she was hired as an Octagon Girl.

Rachelle, now 23, has appeared on and hosted numerous TV shows such as Spike's Sexiest NYC Bartenders, Spike TV's Women of Action, Casino Cinema, Inside the UFC, and The Ultimate Fighter.

She has also been featured inside and on the covers of many magazines, some of which include Maxim, Men's Fitness, 944, Playboy(clothed), Steppin' Out, Muscle & Fitness, AXL, Vegas Magazine, and Stuff.

Currently, Rachelle is no longer working as an Octagon Girl but hosts UFC All Access on Spike TV, which airs a week before a UFC pay-per-view event. Rachelle made the cover of January 2008 of Flex Magazine. 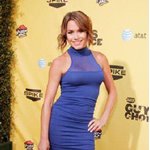 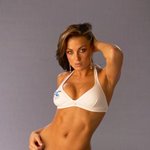 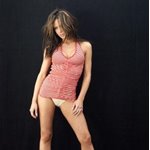 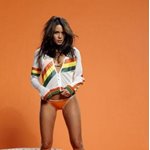 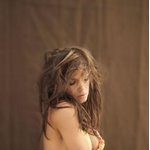 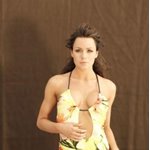 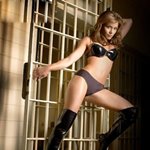 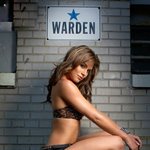