Rachel Kimsey joined The Young and the Restless in March, 2005, as Mackenzie Browning, a sensitive young woman who finds herself drawn to both her old friend J.T. Hellstrom (Thad Luckinbill) and the emotionally troubled Kevin Fisher (Greg Rikaart).

Kimsey was born in Southern California and grew up in California and Utah. After graduating from Brigham Young University, she headed to New York City and began appearing in small plays and industrials. She soon landed the role of Daphne in the national tour of "Scooby-Doo Live."
In addition to acting, Kimsey enjoys doing stunt work, and spent six months in Taiwan performing in a live stunt show. She also performed stunts in the feature film Taxi and in the hit movie Spider-Man 2.
Her film credits include the independent features Hell to Pay and Raw Footage. She also appeared in a guest-starring role on the television series Medium.

Kimsey resides in Los Angeles. Her hobbies include yoga, kung-fu, downhill skiing, and scuba diving. She is also an avid reader, and donates her time to a pro-literacy program called "Book Pals," in which she reads to students at elementary and junior high schools. 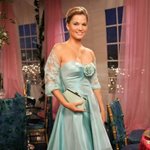 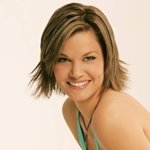