Following her appearance in an April 1997 episode of UPN sci-fi series “Star Trek: Voyager,” Harris took on the recurring role of Simone (1998) on the WB (now on the Disney Channel) sitcom “Sister, Sister.” During that time, she also lent her voice to the English version of the Japanese animated series "Battle Athletes daiundokai" and the anime series ""Serial Experiments: Lain." Additionally, she played a role in Sean Travis' independent drama/comedy The Week That Girl Died.

Asked about her departure from the acclaimed show, Harris explained, “The timing was just rough for me. I was getting married and I knew before I signed on the show that I didn’t want to live in New York. I had lived there for ten years and it’s a completely different animal; the quality of living is rough and you have to make a lot of money. I loved doing the show, but it required a lot of traveling. My husband [actor Adam Paul] was in L.A. and we would have had to move to New York. If I was still in New York, I would have stayed forever, but my life was in Los Angeles. It was a scary decision, but the Daily Show kind of knew so they were cool about it. But it was hard (moans). I still cringe when I see the show and I wish I was still on it sometimes, but if I hadn’t have moved out to L.A., I wouldn’t have gotten the chances to do some pilots or Kicking & Screaming”

From 2003 to 2004, Harris played the recurring role of Claire the Madam/Debbie Dangle on Comedy Central's "Reno 911!" During that time, she was spotted as a guest on such sitcoms as "Frasier" (NBC), "Curb Your Enthusiasm" (HBO) and "According to Jim" (ABC), as well as the serial drama "The West Wing" (NBC). She also served as a host/correspondent on the comedy show “The Smoking Gun.” On the big screen, she was reunited with Christopher Guest in his Oscar-nominated mockumentary about a reunion concert of the 1960s folk trio the Folksmen in A Mighty Wind. She also appeared in Steve Carr's comedy film starring Eddie Murphy, Daddy Day Care, and again worked with Murphy in Disney's ghost movie by Rob Minkoff, The Haunted Mansion, which was loosely based on the theme park ride. Additionally, she was cast in Todd Phillips' comedy/action film Starsky & Hutch (starring Ben Stiller and Owen Wilson), a spoof remake of the original television series from the 1970s, and in Brett Ratner's thriller movie After the Sunset (with Pierce Brosnan, Salma Hayek, Woody Harrelson and Don Cheadle).

2005 saw Harris co-star with Kirstie Alley on Showtime's one-season sitcom "Fat Actress," playing Kevyn Shecket, Kirstie’s make-up and hair stylist. She recalled, “I play Kirstie’s make-up and hair stylist. I’m basically her paid friend because I work for her but I live in her garage. I’m very loyal to her and I have no problem giving her advice, although quite often it’s really not good advice.”

During her "Fat Actress" stint, Harris also guest starred on such sitcoms as "Committed" (NBC), "8 Simple Rules for Dating My Teenage Daughter" (ABC) and USA Network's Emmy Award winning show "Monk." Moviegoers could also see her in Jesse Dylan's comedy film Kicking & Screaming (2005; starring Will Ferrell) and reuniting with Christopher Guest in his drama/comedy movie set in the mid-1940s American South, For Your Consideration (2006; with Catherine O'Hara, Eugene Levy and Harry Shearer). Additionally, she starred in two short films, In the Dog House and I'm Not Gay (both in 2005).

Recently, in February 2007, Harris guest starred in an episode of Comedy Central's "The Sarah Silverman Program." She will soon play the regular role of Cooper in the upcoming ABC sitcom "Notes from the Underbelly," which will premiere on April 11, 2007, at 9:30 pm.

As for her upcoming film projects, Harris has completed Tom Shadyac's comedy film Evan Almighty (starring Steve Carell and Morgan Freeman), a sequel to the 2003 Bruce Almighty which is scheduled to be released on June 22, 2007. She will soon wrap up Ken Kwapis' romantic comedy movie License to Wed, starring Robin Williams, Mandy Moore and John Krasinski.

The funny lady, who is well known for being featured in funny commercials, including spots for GEICO, Avis Car Rentals, Expedia, and Outback Steakhouse, revealed, “Actually I feel very fortunate. Dinty Moore, Expedia, Avis, you know, all those commercials felt like mini-sitcoms. They had great directors and the ad agencies shared my point of view. I’ve never had to do commercials were I’m selling the product, but rather act with situations where the product would be used. I was advised that if I did a good job with the commercials, it would pay off later, and I was lucky to receive such good advice.” 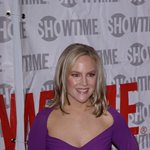 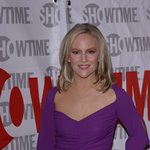 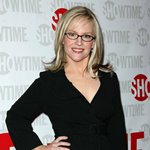 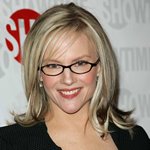 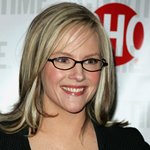