The first born daughter of Prince Andrew and Sarah Ferguson and the fifth grandchild of Queen Elizabeth II and Prince Philip, she is the fifth in line to the British Royal throne and was the first female princess born into the Royal family since Princess Anne in 1950.

Princess Beatrice was born on August 8th 1988 at Portland Hospital in London, England and was named after another royal, the daughter of Queen Victoria, HRH Princess Beatrice who was born in 1957. Both Beatrice and her younger sister Princess Eugenie are the only female grandchildren of the Queen to be called princesses. The honour does not fall to Princess Anne’s daughter, Zara Philips, or to the daughter of Prince Edward and his wife Sophie’s daughter, Lady Louise Windsor.

Princess Beatrice was formerly educated at Upton House School in Windsor and then at Cowarth Park School in Surrey. Her secondary education days were spent at the all girl’s school of St George’s in Ascot, Surrey. It was revealed in 2005 that during her education Beatrice had been diagnosed with dyslexia which consequently meant her deferring sitting her GCSE exams by one year.
However in her final year at St George’s Princess Beatrice was elected to be head girl at St George's in her final year beginning in 2006.

It was reported in late 2005 that Beatrice intended to further her education in the United States, preferably at an Ivy League institutions such as Harvard, Princeton or Columbia Universities.

Although Princess Beatrice’s parents divorced when she was just eight years old the experience did not cause either her or her sister, Princess Eugenie and distress and she has actually remarked that it appeared to bring the family closer together in the following years.

As a senior member of the Royal family she is expected to attend many of the Royal but still enjoys a relatively normal life outside Royal activities.As she has grown into a woman Princess Beatrice has become a very attractive young lady and has been nominated as the number one most eligible woman in the world ahead of Carmen Electra and Kimberly Stewart, daughter of Rod Stewart. She also held the third position in a recent FHM magazine pole.
Princess Beatrice’s private life has remained fairly private with only one incident reported in the newspapers relating to a supposed relationship was having with Paolo Liuzzo after it was revealed he was involved in the death of an American college student.

In 2007 Princess Beatrice and younger sister, Princess Eugenie, attended the tribute to their deceased aunt Princess Diana, which was organized by Beatrice’s cousins, who are Diana’s sons, Prince William and Prince Harry. The concert was performed by artists such as Elton John, Duran Duran, Nelly Furtado and Fergie.

The royal princess was featured in September 2005 on the cover of Tatler magazine in a glamour photo shoot showing her in evening wear.

Along with her sister Princess Beatrice has her own web page on myspace.com and she reveals that she likes polo, riding, skiing, bicycle riding, tennis, roller blade and golf. Her musical taste is said to be James Blunt and her favorite television show is ‘Desperate Housewives’ which stars Teri Hatcher and Nicollette Sheridan. 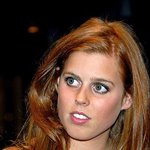