Porscha Coleman, a multi-talented up and coming true triple threat, has amazed audiences with her ability as a singer, dancer, and actor for most of her young life. She was born July 12, 1985 in Van Nuys, California. At the tender age of three, her mom and older brother recognized her natural ability to sing a song, from beginning to end, ad-libs and all with ease. She loved to entertain for family, friends, and anyone who became and audience for her. Her lack of shyness and her love of being praised for her cuteness and talent had her eager to show off her skills. She would sing, using her karaoke machine and microphone, dance, and even act out scenes for family and friends. She loved to sing to the songs of Janet Jackson, Anita Baker, Brandy, Mariah Carey, and Toni Braxton, to just name a few, when she was only five years old. She even loved to practice to the sounds of Boyz II Men, Michael Jackson, Jodeci, Intro, and New Edition, which helped her develop a strong lower register of voice.

By the age of eight, she began her career in acting through the assistance of a top children’s agency, and worked on many television shows, commercials, and films. Porscha’s bubbling personality and talent continued to impress those around her. Her experience qualified her to be chosen to attend Millikan Middle School for Performing Arts in Sherman Oaks, California, at the age of eleven. She trained hard in all forms of the arts as a singer, actor, and dancer, as well as keeping a GPA of 3.9. Her singing and performance ability allowed her to ace the lead role of “Dorothy” in The Wiz, as a 6th grader, beating out the 8th grade girls, that the director and fellow staff had in mind to cast. She continued to book acting jobs and would still participate in school performances around the city. Her natural talents further developed and along the way she gained strength, confidence, and pride in her character and performance ethics.

Porscha won several talent shows and showcases throughout the Los Angeles County, and was called upon frequently to perform at Banquets, fund raisers, toy drives, and on school tours. At the age of twelve, she won 1st place at the L.A. Inner City Cultural Talentfest 98’. Her teachers were very impressed with her exceptional talent and later that year, she was deemed as being Gifted and Talented by the Los Angeles School District, which allowed her to receive additional training through their various programs. She would attend Cal State Los Angeles for the Arts on Saturdays, training in multiple styles of dance, vocal rehearsals/technique, and intense acting classes.

Porscha continued her training by attending Hollywood High School of Performing Arts in Hollywood, California in 1999. One of her biggest television high-lights came in 2001, a day after her 16th birthday, was when she sang live to the track of J-Lo’s hit song, “Waiting for Tonight” on the hit show “The Great Pretenders on Fox Family Channel. She won 1st place, received a trophy, and retained various prizes as the karaoke winner. Shortly after, she competed against several other hopefuls and was chosen to become a Los Angeles Sparkid, performing at The Staples Center during home games for the WNBA’s, Los Angeles Sparks. Once the season was completed, she joined Culture Shock L.A. Dance Troupe, which was an 18+ group, comprised of guys and girls of different races. They felt she had the skills and training necessary to handle the demands of team, even though she was underage. The Group toured around the city performing at local high schools, functions and clubs.

Porscha, who has a 4-octave range, is very proud of her past and present recordings, singing “all” of her own vocals on her songs. With each and every song she records, she has a vision of the live stage performance in mind. Her musical and performance skills are incredible and memorable with the likes of Janet Jackson, Usher, Aaliyah, and Britney, just to name a few. She exudes pride and confidence to ensure a memorable performance. She is geared towards having a long list of major hit songs/albums, with millions of fans, eager to catch her live tours/performances throughout the world. It is with this knowledge and experience that she established the tenacity and discipline needed to succeed in the business. “Miss Porscha,” which she is frequently called by her friends, is beautiful, sexy, smart, talented, and a dedicated individual is a true artist to the fullest and is steadily gathering the kind of career accomplishments that will keep her in the business for decades to come. 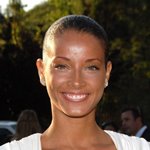