Phylicia Rashād (born Phylicia Ayers-Allen on June 19, 1948 to Andrew Arthur Allen and Vivian Ayers in Harris County, TX[1]) is a Black activist and Tony Award-winning actress, best known for her role as Clair Huxtable in the 1980s television series, The Cosby Show. She is also the sister of Debbie Allen.

Rashād first became notable on the stage with a string of Broadway credits, including a role in the company of the Tony Award-winning musical Dreamgirls and in the film The Wiz (cameo as a munchkin as Phylicia Ayers Allen) as well as the original Broadway production (as Dorothy). She credits her 1983 break on the ABC soap opera One Life to Live "to the presence of God within me."

She is most famous for her role Clair Huxtable on the NBC television show, The Cosby Show, which she had stated is a decent portrayal of an African-American family. As her role, she is a lawyer married to obstetrician Cliff Huxtable and is the mother of five children.

When Bill Cosby returned to TV comedy in 1996 with CBS's Cosby, he again called on Rashād to play Ruth Lucas, his character's wife. Originally, the part had been cast with Telma Hopkins, but apparently the chemistry between Hopkins and Cosby was not particularly strong so he asked Rashād to take over the role. The sitcom lasted 4 years from 1996 to 2000.

Her first marriage, in 1972, was to a dentist, William Lancelot Bowles, Jr. They had one son, Billy, who was born the following year. This marriage ended in 1975. Rashād then married Victor Willis, a member of the Village People in 1978, however this marriage was short-lived due to Willis's cocaine abuse, and they divorced in 1980.

Phylicia married former NFL wide receiver and current sportscaster Ahmad Rashād on December 14, 1985, after he proposed to her during a pregame on a nationally televised Thanksgiving Day game between the New York Jets and the Detroit Lions on November 28, 1985. Their daughter, Condola Phyleia Rashād, was born on December 11, 1986 in New York City. Along with her son, Billy, Rashād also has three step-children (Ahmad's children from a previous marriage): daughters Keva (born in 1970), Maiysha (born in 1974) and son Ahmad Jr. (born in 1978). The couple divorced in 2001.

Rashād is a graduate of Howard University, and later taught drama there. She is a prominent member of Alpha Kappa Alpha Sorority, Inc., the oldest historically Black collegiate sorority. She spent one year in Mexico growing up, and as a result, speaks English and Spanish fluently, as well as Portuguese.

In a Mother's Day survey, Rashād's character on The Cosby Show, Clair Huxtable, was named "TV mom closest to your own mom in spirit."

In 2004, she became the First African-American actress to win the Tony Award for Best Performance by a Leading Actress in a Play at the Tony Awards, winning for her role in the revival of the play A Raisin in the Sun. 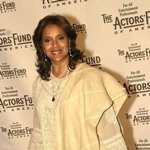 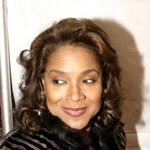 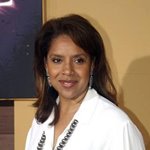 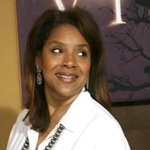 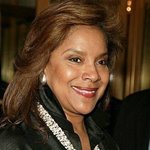 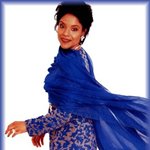 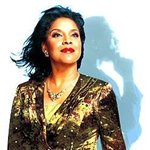