Gallagher, who grew up in Armonk, New York, developed an interest for acting as a teenager starring in school plays and musicals. After graduating from Tufts University, he made his professional stage debut in the 1977 revival of Hair, followed by a starring role in the Broadway production Grease.

The segue from stage to film began in 1980 with Gallagher's feature film debut in Taylor Hackford's The Idolmaker. Many film roles have followed including; Dreamchild, Bob Roberts, Watch It, The Hudsucker Proxy, the comedy hit While You Were Sleeping, To Gillian on Her 37th Birthday, Cafe Society, Johnny Skidmarks, and The Man Who Knew Too Little. Gallagher was also seen in the Oscar-winning film American Beauty and Sony Picture's Center Stage, directed by Nicholas Hytner.

Having enjoyed extensive film work with directors/producers/writers Robert Altman and Steven Soderbergh, Gallagher was featured in Altman's highly acclaimed film, The Player, followed by Short Cuts and Mrs. Parker and the Vicious Circle, features that were directed and produced respectively by Mr. Altman.

Gallagher's most recent work with Soderbergh is the neo-noir film The Underneath. Their teaming on the 1989 feature, Sex, Lies and Videotape earned Gallagher international critical acclaim. Six years later, Soderbergh expressly wrote the lead role in The Underneath for Gallagher.

In November 2001, Gallagher starred in the Showtime mini-series, Feast of All Saints, based on the novel by Anne Rice. It is set in nineteenth-century New Orleans and depicts the story of the Free People of Colour, a dazzling yet damned class caught between the world of white privilege and black oppression. Gallagher most recently co-starred with Adam Sandler and Winona Ryder in Columbia Pictures/New Line Cinema's Mr. Deeds for director Steve Brill. He stars in Alliance Atlantis' Protection, opposite Stephen Baldwin, which tells the story of a Mafia hit man from New York who is forced into the witness protection program after giving up his boss to the Feds. He also stars in Perfume for Lions Gate along with Jeff Goldblum, Omar Epps, Paul Sorvino, and Rita Wilson. Perfume, written and directed by award winning director Michael Rymer is an improvisational film about people trapped in the machinery that make up the fashion business which was in competition at Sundance Film Festival. He recently wrapped production for New Line Cinema's How to Deal slated for Winter 2003 release in which he stars opposite Mandy Moore and Allison Janney.

Gracing the stage on a regular basis, Gallagher returned to Broadway on November 1, 2001 in Noises Off opposite Patti Lupone. He wowed audiences with his performance as the charismatic Sky Masterson in Jerry Zak's Tony nominated revival of the Broadway musical Guys and Dolls. In 1986 Gallagher earned a Tony Award nomination for his highly acclaimed performance opposite Jack Lemmon in Long Day's Journey Into Night. He received further acclaim with a Theatre World Award for the Harold Prince production of A Dolls Life and a Clarence Derwent Award for Tom Stoppard's The Real Thing, directed by Mike Nichols. He also appeared at New York's City Center in the musical revival, Pal Joey with Patti LuPone.

On television, Gallagher most recently starred in the highly rated CBS/Hallmark Hall of Fame Special, Cupid & Cate. Gallagher's other credits include the Emmy and Peabody Award-winning miniseries The Murder of Mary Phagan, The Caine Mutiny Court Martial which was Gallagher's first experience working with Robert Altman, Brave New World and the series The Secret Lives of Men. For PBS, Gallagher starred in both Cliff Odets' production of The Big Knife and Peter Sellars' silent film The Cabinet of Dr. Ramirez. 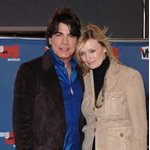 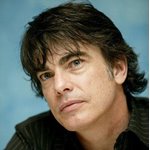 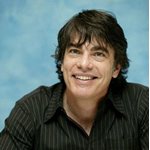 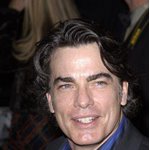 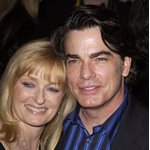 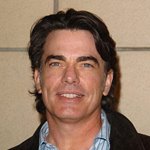 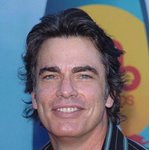 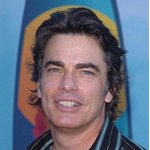