Pete Sampras was born in Washington, D.C., and is the third son of Sammy and Georgia Sampras. His mother is a Greek immigrant,and his paternal grandfather is of Greek ancestry while his paternal grandmother is Jewish.Greek culture played a big role in his upbringing, and Sampras attended Greek orthodox church on Sundays.

From an early age, Sampras showed signs of outstanding athletic ability. The young Sampras discovered a tennis racquet in the basement of his home and spent hours hitting balls against the wall. In 1978, the Sampras family moved to Palos Verdes, California, and the warmer climate there allowed seven-year-old Pete to play more tennis. From early on, his great idol was Rod Laver, and at 11 Sampras met and played with his idol.The Sampras family joined the Peninsula Racquet Club, and it was here that Sampras's talent became apparent. He was spotted by Peter Fischer, a pediatrician and tennis enthusiast, who coached Sampras until 1989.Fischer was responsible for converting Sampras's two-handed backhand to one-handed intending to increase Sampras' chances of winning Wimbledon.

Sampras turned professional in 1988, at the age of 16. He reached the fourth round of the 1989 U.S. Open, stunning defending champion Mats Wilander in a five-set second round match. His first top-level singles title came in February 1990, at Philadelphia. In September of that year, he captured his first Grand Slam title at the U.S. Open. Along the way, he defeated Ivan Lendl in a five-set quarterfinal, breaking Lendl's streak of eight consecutive U.S. Open finals. He then defeated John McEnroe in a four-set semifinal to set up a final with another up-and-coming American player, Andre Agassi. Sampras beat Agassi in straight sets to become the U.S. Open's youngest-ever male singles champion at the age of 19 years and 28 days.The rivalry between Agassi and Sampras became a dominant rivalry in tennis in the 1990s,with Sampras winning 20 of the 34 matches they played. 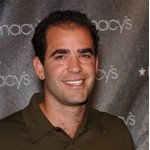 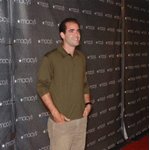