With her exceptional roles in three films this year, Pell James is quickly capturing attention as a talented and promising young actress.
James currently stars in the Focus Feature film, ?Broken Flowers?, with Bill Murray, Sharon Stone and Jessica Lange, which was released on August, 2005. The film also screened at Cannes Film Festival and won the Grand Prix Award. The film was directed and written by Jim Jarmusch.

James also stars in the independent film, ?The King?, with Gael Garcia Bernal and William Hurt which screened at Cannes Film Festival. Pell plays Malerie Sandow, the daughter of a pastor (William Hurt) who is seduced by a stranger, Elvis (Gael Garcia Bernal). The film was directed by James Marsh. ThinkFilms will release the film in early 2006.

Born in Virginia, Pell currently resides in New York. James attended the Tisch School of Arts at NYU. Her first role was as a guest star on a CBS pilot that was directed by Barry Levinson. She also starred in an Ikea commercial directed by Wes Anderson and a few independent films and shorts. 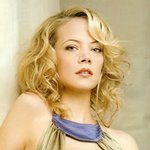 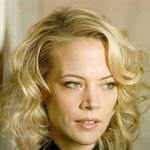