Paula Poundstone is an American stand-up comedian. Paula Poundstone started doing stand-up comedy at open-mic nights in Boston in 1979. She characteristically performs dressed in a suit and tie. In 1984, Poundstone was cast in the movie Hyperspace but she did not further pursue an acting career. Instead, she continued as a comedian and began appearing on several talk shows. In 1989, she won the American Comedy Award for "Best Female Stand-Up Comic." In 1990, she wrote and starred in an HBO special called Cats, Cops and Stuff, for which she won a CableACE Award. She worked as a political correspondent for The Tonight Show during the 1992 US Presidential campaign and did the same for The Rosie O'Donnell Show in 1996.

In 1993, Poundstone won a second CableACE Award, and began writing the column, "Hey, Paula!" for Mother Jones (1993–1998). Paula featured in her own variety show, The Paula Poundstone Show, on ABC (which lasted only two episodes). She was also a regular panelist for the game shows Hollywood Squares and To Tell the Truth, and NPR's Wait Wait... Don't Tell Me! Poundstone has also worked as a voice actress. She voiced Judge Stone on Science Court (also known as Squigglevision), an edutainment cartoon series done in the Squigglevision style that aired on Saturday mornings on ABC Kids in 1997. Staying with the makers of Science Court, Tom Snyder Productions, she was the voice of the mom, Paula Small, in the cartoon series Home Movies for the show's first five episodes, which aired on UPN. Between the show's 1999 UPN cancellation and 2000 revival on Cartoon Network, Paula chose to leave the show. The show's character, Paula Small, was named and loosely modeled around Poundstone. 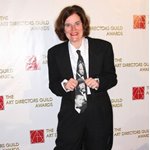 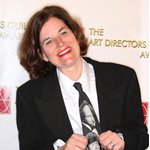 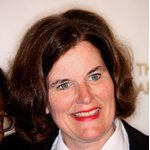 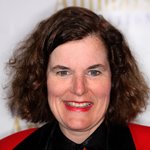 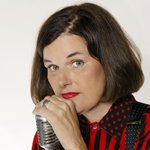 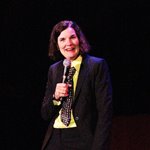 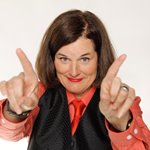 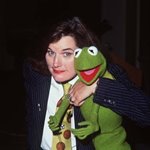