After years spent going from one guest starring role to another, actress Paula Newsome finally came into her own with a co-leading role on the female-powered procedural, “Women’s Murder Club” (ABC, 2007- ). Prior to her landing the role of Claire Washburn, a medical examiner who joins forces with a journalist (Aubrey Dollar), detective (Angie Harmon) and assistant district attorney (Laura Harris) to hunt down serial killers in San Francisco, Newsome remained an unknown quantity toiling away on television. Originally from Chicago, IL, Newsome cut her teeth on the theater scene, making it to Broadway in 1994 with a role in the Tony-winning revival of “Carousel.” Before she was on Broadway, however, Newsome made her feature film debut with a small part in the Dolly Parton vehicle, “Straight Talk” (1992). After a brief appearance as a receptionist in the made-for-cable thriller “Keeper of the City” (Showtime, 1992), Newsome began what ultimately became a decade-and-a-half long struggle as a random television guest star.

With her profile inside the industry on the rise – but still nothing more than a barely recognizable face – Newsome did an episode of yet another medical drama, “Strong Medicine” (Lifetime, 2000-06), before joining “NYPD Blue” (ABC, 1993-2005) for a three-episode arc as a battered woman who is worried about what a convict will do to her once he is released from prison. Following the courtroom drama, “The Guardian” (CBS, 2001-04), Newsome tried her hand at comedy again with an appearance on “Yes, Dear” (CBS, 2000-06). By this time, however, Newsome had ventured back into feature films, landing a supporting role in the Bernie Mac comedy “Guess Who” (2005), followed by a standout performance as a bereavement liaison who counsels a grieving dysfunctional family over the loss of their wise, but heroin-snorting grandfather (Alan Arkin) in the sleeper hit, “Little Miss Sunshine” (2006).

She appeared briefly in the Adam Sandler dramedy “Reign Over Me” (2007), drawing again upon her previous experience playing a receptionist. Back on television, Newsome upped her profile on “Criminal Minds” (CBS, 2005- ), playing a detective helping the FBI task force hunt down a sniper killer; and in “Heroes” (NBC, 2006- ), playing a psychiatrist working in the Nevada correctional system who tries to treat Niki (Ali Larter), but instead gets tasered to death when Niki’s violent alter ego, Jessica, finally emerges. In 2007, Newsome finally made the jump to regular series role – her one previous flirtation with the ill-fated comedy “Conrad Bloom” (NBC, 1998-99) notwithstanding – after landing the plum role of sassy San Francisco medical examiner Claire Washburn on “Women’s Murder Club.” 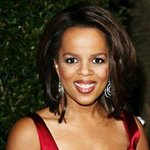