Success for the the 5' 7 1/2" Rockville, Maryland native has hardly been overnight. Born on June 12, 1964, Paula Marshall graduated in 1982 from the now defunct Peary High School in Rockville. She attended Montgomery College in Rockville and worked as a governmental typist at the National Institute of Health. Paula Marshall spent years behind the camera as a photographer.Photography is one of Paula's great passions, particularly black and white photography. Ms Marshall first appeared on TV in 1988 as a young divorcee with a baby on "The Wonder Years". She also guest starred on the series "Life Goes On". Paula Marshall made her big screen debut in Hickox's 1992 dark movie Hellraiser III: Hell on Earth. One of Paula's heros when she was growing up was the camp character Elvira.

Paula Marshall's biggest show business break occurred in 1993 when she landed a role on the "Seinfeld" episode "The Outing". Ms Marshall played a NYU reporter who mistakenly outs Jerry and George. The episode is most noted for its incessant refrain of "not that there is anything wrong with that" as an adjunct to Jerry and George's gay denials. The role propelled and plagued Paula Marshall. It made her almost instantly recognizable to millions but the constant harangue of "aren't you the one who..." grew increasingly frustrating. Paula thought the bit was funny "but after a while, it was all I heard." Ironically, Ms Marshall, who sought to put the episode behind her, landed a role as Bette Middler's daughter in the 1997 movie That Old Feeling after Midler saw the "Seinfeld" episode and knew that she had found a kindred spirit.

Numerous TV roles followed including a leading role on the the short-lived "Wild Oats" and a recurring role on "Spin Ciy" as Michael J. Fox's love interest. She followed with the female lead in the NBC sitcom"Chicago Sons". And in the fall of 98, Paula Marshall landed a starring role in the brilliantly written and witty ABC show "Cupid" opposite her neighbor and friend Jeremy Piven. Paula Marshall played the psychiatrist of a patient who believes he is Cupid. Unfortunately, ABC jerked the show around and never gave it the time to develop its audience. Cupid slang his last arrow around Valentine's Day. The show suffered from abysmal ratings but the timing and chemistry between Jeremy Piven and Paula Marshall were first rate. For the show to have survived they probably would have played up the increasingly complicated relationship between their characters.

Last fall, Paula Marshall played a private detective on David E. Kelley's new series "Snoops". Gina Gershon played the head of the detective agency. Paula played the "by the book" ex-cop and Gina played the free-spirited, leather-jacketed one. Paula's friend from That Old Feeling, Danny Nucci, also starred in the series. But, ABC jerked the show around and the talented and overworked Kelley didn't seem to give a damn about this lightweight show. They shot an episode where Paula was shot in the heart but it never aired. Things started to go bad in the beginning when her ex Cupid partner, Rob Thomas, quit the show.

Most recently, Paula was going to reunite with Rob Thomas and star in the proposed new series "Sticks". She was going to play a business woman who returned to Texas to manage a hockey team. However, the show was slashed out of the game. 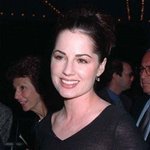 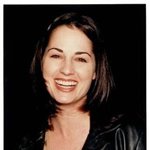