Standing at 5' 8" with 34-24-35 measurements, Paula Devicq entered the showbiz as a model and has appeared on the package of L'Oreal Excellence Ash Blonde hair color. She began acting in 1994 when she snagged the role of Kirsten Bennett (later Kirsten Bennett Thomas Salinger), the former nanny who became the love interest and eventual wife of Matthew Fox's Charlie Salinger, in the hit Fox teen drama series "Party of Five." She stayed on the show for six years, during which she starred in the dramatic made-for-television movie "Wounded Heart" (1995), as a ruthless businesswoman named Tracy Lance who plans to sell her inheritance ranch to an unscrupulous land developer.

She also began appearing in films, started with a supporting turn as the girlfriend of an English teacher and struggling writer (played by Joey Slotnick), in Lawrence Trilling's independent romantic comedy "Dinner and Driving" (1997). She followed it up with her second film, "Kill the Man" (1999), an indie romantic comedy by Tom Booker and Jon Kean in which she co-starred with Luke Wilson and Joshua Malina.

After "Party of Five" came to end in 2000, Devicq went on to play the regular role of ADA/private attorney Cynthia Bennington who has a romantic relationship with ADA/PI Bobby Esposito (played by future husband Joseph Lyle Taylor), in the short-lived A&E Network's courtroom television drama series "100 Centre Street" (2001-2002), which was created by Sidney Lumet and starring Alan Arkin.

Two years later, Devicq landed a recurring role as Sondra, Billy's (played by Ed Sullivan) ex-wife who was seeing Lt Shea (played by John Scurti), during the first and second seasons (2004-2005) of the FX Network's drama/comedy series "Rescue Me." Meanwhile, she starred in the TV movies "The Coven" (2004) and "His and Her Christmas" (2005), with Dina Meyer and David Sutcliffe. She also co-starred with Dylan McDermott and Julianna Margulies in the Golden Globe-nominated action/drama/thriller miniseries "The Grid" (2004) and was spotted as a guest in an episode of the hit NBC cop drama "Law & Order." On the big screen, she could be seen teaming up with then-husband Joseph Lyle Taylor in Vincent Rubino's romantic comedy movie "The Breakup Artist" (2004).

Recently, Devicq was cast alongside Tim Daly for David Ostry's comedy movie "Mr. Gibb" (2006) and appeared as a guest in a November 2007 episode of NBC/USA Network's cop/crime drama series "Law & Order: Criminal Intent." She is currently working on her upcoming film project, "Pinion," a thriller helmed and written by Melanie Lee in which Devicq plays the lead role of a thirty-something chef who has it all, except the man of her dreams.

Meanwhile, on stage, Devicq, who made her stage debut in New York City's Ensemble Studio Theatre's production of “The Wild Goose” (directed by John Patrick Shanley), recently has completed two plays during her summer hiatus, an Off-Broadway production of “The Stumbling Tongue” and “Bob Funk” at the Tamarand Theatre in Los Angeles. 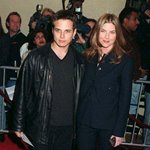 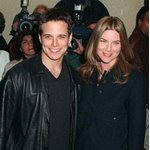