Paul Scholes is an English footballer, a one-club man who has played his entire professional career for Manchester United. Born in Salford, but later moving to Langley, Scholes excelled in both cricket and football whilst at school. He first trained with Manchester United at the age of 14 after being spotted by a scout visiting his school, signing for them as an apprentice on leaving school in 1991, and turning professional in 1993. He made his full debut for United in the 1994–95 seasons.

He went on to play a key part in the club's Treble-winning success in the 1998–99 season, and has won ten Premier League, three FA Cup and two UEFA Champions League winners medals. Scholes represented the England national team from 1997 to 2004, gaining 66 caps and participating in the 1998 and 2002 World Cups, as well as the UEFA Euro 2000 and Euro 2004 tournaments. Scholes made his international debut against South Africa in 1997 in a 2–1 friendly win at Old Trafford, and was included in the England squad for the 1998 World Cup. England was grouped with Colombia, Tunisia and Romania. During England's first World Cup group match against Tunisia, Scholes sealed a 2–0 victory with a goal late in the game. His international career continued after England's elimination from the World Cup by Argentina on penalties in the first knock-out round. On 27 March 1999, Scholes managed a hat-trick for England in a game against Poland. In addition, Scholes scored both goals in England's 2–0 win at Hampden Park over Scotland in the Euro 2000 play-off first leg, sealing a 2–1 aggregate win and qualification for the finals tournament. In a qualifier against Sweden that June, Scholes became the first and last England player to be sent off in an international match at the old Wembley Stadium.

With the turn of the century, Scholes became a prominent player in England's midfield, becoming a first-choice selection for the 2002 World Cup. However, after the tournament, Scholes saw his opportunities in the national team decline due to Sven-Goran Eriksson playing him out of position on the left midfield to accommodate the pairing of Steven Gerrard and Frank Lampard in central midfield. Scholes announced his retirement from international football in August 2004, citing his family life and his club career with Manchester United as being more important.

In July 2006, following Eriksson's departure, there was talk of Scholes making himself available for international duty again under new manager Steve McClaren, but nothing ever came of it. In May 2010, McClaren's successor Fabio Capello approached Scholes about a return to international football in the run-up to the 2010 World Cup, but Scholes rejected the offer saying he'd prefer to spend time with his family. On 7 June 2010, Scholes revealed had Capello given him more time and had asked earlier than he would have probably taken the opportunity. On 27 July 2010, Scholes then revealed his disappointment in not taking the opportunity to play at another World Cup, saying he may have made a mistake. 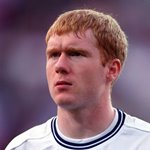 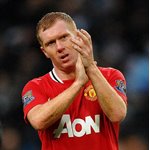 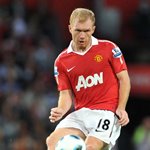 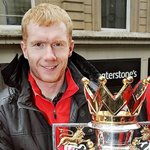 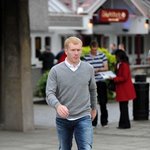 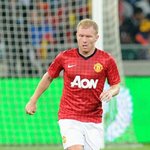 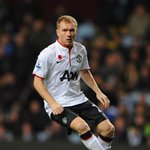 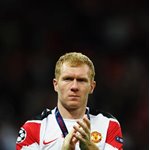 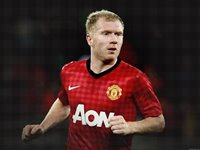 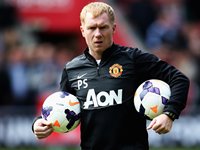 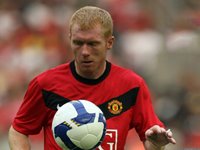