One of five children, Leyden was born and raised in Melbourne, Australia, by his parents, John and Ros. After graduating high school, he attended both Monash University and the National Institute of Dramatic Arts, graduating with degrees in economics and dramatic arts, respectively.

The actor starred in the mini-series Tribe, and can be seen in episodes of F.A.R.S.C.A.P.E., Beastmaster and Home and Away. Leyden appeared in the film Under The Gun, and also has a number of regional theater credits. He has also appeared in the daytime drama, As The World Turns. Most recently, he has appeared in episodes of Dragnet and Law & Order, SVU. His last endeavor has been to write, co-produce and direct a 15 minute short film, Liquid Assets. In Melbourne, he and two friends ran Wandering Wolf Productions. Recently he has started a new company, Jackknife Productions.

In his spare time, Leyden enjoys playing outdoor sports, the saxophone and guitar. 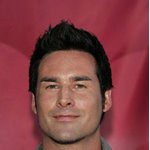