Paul Collingwood is an English cricketer. He has been a regular member of the England Test side, was captain of the One Day International (ODI) team 2007–2008. He is also vice-captain of his county, Durham County Cricket Club. Collingwood is a batting all-rounder, whose batting combines natural strokeplay with great tenacity. He also bowls reliable medium pace. Described as a "natural athlete", he is also regarded as one of the finest fielders of his time; usually fielding at backward point or in the slips, he has also deputised as wicket-keeper for England.

His first class debut was in 1996, and he made his first appearance for England in One Day International cricket in 2001 and made his Test match debut in 2003. For two years he remained an occasional Test player, but after selection for the final Test of the 2005 Ashes, he secured a regular place. His 206 during the 2006–07 Ashes was the first double century by an England batsman in Australia for 78 years. Collingwood's form for Durham in 2001 earned him a call-up to the England One Day International (ODI) squad, selected for the NatWest Series against Pakistan and Australia that summer, becoming the 162nd to play for England in One Day International (ODI) cricket. He was not particularly successful on his ODI debut in June 2001, scoring only two runs and taking no wickets against Pakistan at Edgbaston, and doing poorly (20 runs in four innings and no wickets) in the rest of the series. Despite this, the selectors showed confidence in him by choosing him for the 2001–02 one-day tour of Zimbabwe, where he took his first ODI wicket, that of Dion Ebrahim in the Third ODI at Harare Sports Club. He starred with the bat in the Fourth ODI at Queens Sports Club, Bulawayo, with a match-winning 77, and made an unbeaten 56 in the final ODI, also in Bulawayo, helping England secure a 5–0 whitewash.

Collingwood played in all seven matches of the 2002 NatWest Series against India and Sri Lanka, ending on the losing side in the final to India. Neither his batting nor bowling during this series were particularly impressive, averaging less than 24 with the bat and taking only five wickets in the series, but he went on to make his first ODI century in the 2002/2003 VB Series victory against Sri Lanka at the WACA. While this performance cemented his position in the England one–day setup, he dislocated his right shoulder while fielding in a pre–season county friendly against Lancashire and was forced to miss most of the 2003 season. Nevertheless, he was awarded a 12-month ECB contract when the winter touring squads were announced for Bangladesh and Sri Lanka. With Nasser Hussain suffering from a bout of 'flu, Collingwood made his Test debut against the Sri Lankans in the First Test at Galle in December 2003, becoming the 622nd Englishman to play Test cricket. It was during this game that he established his position as one of the best English fielders, with five catches and a run-out in the drawn match. Since then his performances in the field have drawn comparisons with South African specialist fielder, Jonty Rhodes. In early 2010, Collingwood led the England Twenty20 team to the 2010 World Twenty20 championship.

Collingwood appeared in all seven games, struggling with the bat as he scored only 61 runs at 10.16, with the ball he only bowled one over for ten runs, however his prowess in the field continued – his four catches the joint highest with the wicket keeper, Craig Kieswetter, for the England team. It was Collingwood's captaincy that was most praised, as he led England to their first ever ICC trophy, hitting the winning runs in their seven-wicket victory over Australia in the final. 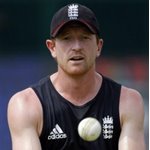 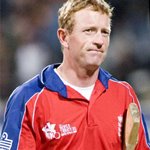 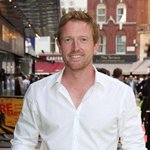 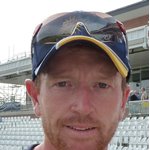 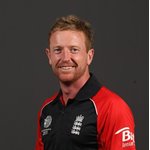 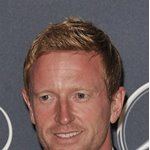 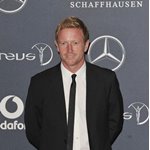 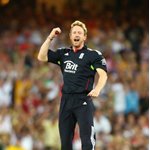