The aspiring actress made her Los Angeles stage debut with the musical "Anything Goes" in 1970. She began appearing on television in the early 1980s, with guest roles in such NBC's shows as the detective series "Riptide," the popular sitcom "Diff'rent Strokes," the short-lived superhero fantasy television series "Misfits of Science," and the sitcom "You Again?"

In 1987, Darbo landed a recurring TV role on ABC's sitcom "Growing Pains" and stayed in the show until 1990. Meanwhile, she acted on stage in a production of "Cheatin" and starred as Marlene, the wife of Beau Bridges' greedy and abusive character, in the stage version of "Daddy's Dyin' ... Who's Got the Will?" in 1987. She later re-created her "Daddy's Dyin' ... Who's Got the Will?" role in its film version in 1990 which was directed by Jack Fisk.

During that time, Darbo also did some film works. She could be seen in the independent films "The Night Before" (1988), a comedy starring Keanu Reeves and Lori Loughlin, "It Takes Two" (1988), a road trip comedy starring George Newbern, Leslie Hope and Kimberly Foster, "Troop Beverly Hills" (1989), an adventure comedy starring Shelley Long, and "Spaced Invaders" (1990), a science fiction comedy starring Tony Cox, Royal Dano and a young Ariana Richards.

During that time, Darbo co-starred with Chaz Monet, Penelope Ann Miller and Kevin Pollak in the true story-based TV movie "Ruby Bridges" (1998). She also guest starred in an episode of John Grisham's "The Client," NBC's drama "Sisters," and CBS' medical drama "L.A. Doctors." Additionally, she was in a TV commercial for Gifts.com and Off Skintastic.

In 1999, Darbo landed her most prominent role to date, as the ruthless Nancy Wesley, on NBC's long-running soap "Days of our Lives." Her performance received critical praise and won her a Soap Opera Digest Award for Outstanding Female Newcomer. She was also nominated a Daytime Emmy for Outstanding Supporting Actress in a Drama Series. Additionally, she was named one of "TV Guide's Sexiest Stars" in August 1999 for her role in the show. As for 2007, Darbo is still working for "Days of our Lives."

While busy filming, Darbo also continued her stage works. Her stage credits include "Never Too Late," "The American Dream," Cat on a Hot Tin Roof," "Don't Drink the Water" and "Club Indigo, Revisited." From March to April 2006, she headlined the play "Sordid Lives" at The Zephyr Theatre in Los Angeles, California. Darbo currently appears in advertisements for BellSouth in the Atlanta area. 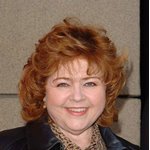 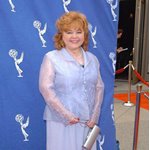 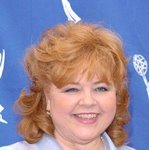 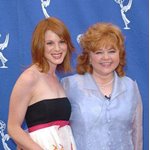