Three-time Emmy Award winner Patricia Wettig made a noticeable dramatic impact on late 1980s TV as wife and mom Nancy Weston on the award-winning series "thirtysomething" (1987). Although her husband, actor Ken Olin, also co-starred on the series, they had different spouses on the show. Known for her searching blue eyes, touching sensitivity and controlled intensity, her post series' career didn't live up to what many expected for her; however, lately she has enjoyed a major resurgence again on TV.

Patricia was born in Cincinnati, Ohio, on December 4, 1951, one of four daughters born to Tennessee college basketball coach Clifford Neal and his wife Florence. Raised in Grove City, Pennsylvania, she studied drama at Temple University in Philadelphia, then graduated from Ohio Wesleyan in 1974. She trained with the Neighborhood Playhouse in the early years and was personal dresser at one time for singer/dancer/actress Shirley MacLaine. She also performed with New York's Circle Repertory Company during the years 1980 and 1981, appearing in such off-Broadway productions as "Innocents, Thoughts, Harmless Intentions," "The Woolgatherer," "Childe Byron," "The Diviners" and "Threads". She met Olin when both were cast in a 1982 production of "A Streetcar Named Desire" wherein they DID play a married couple (she portrayed Stella, he played Stanley). They wed later that year and had two children together -- Clifford (born 1983) and Roxanne (born 1986).

The comely, sharp-faced blonde soon began to appear on some of the higher-rated dramatic shows of the day including "Hill Street Blues" (1981) and "L.A. Law" (1986), and a recurring part on "St. Elsewhere" (1982). Her success on "thirtysomething" (1987), for which she also won a Golden Globe Award, led to her rape victim title role in Taking Back My Life: The Nancy Ziegenmeyer Story (1992) (TV) and the role of the school teacher passenger in Stephen King's The Langoliers (1995) (TV), not to mention a choice part in her debut movie Guilty by Suspicion (1991) starring Robert De Niro. She also bookended the hugely popular movie City Slickers (1991) as Billy Crystal's wife, and went on to appear in the sequel.

Since then Patricia has been spotted in recurring roles on the series "Breaking News" (2002), "Prison Break" (2005) (as a female Vice President) and "Alias" (2001), the last-mentioned being executive produced by husband Ken. Perhaps inspired by her husband, who successfully rechanneled his energies and talents as a TV producer and director, Patricia has more or less downplayed her acting career in recent years, earning an M.F.A. in playwriting from Smith College in 2001. Since that time she has focused diligently on the pen. 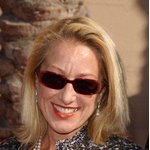 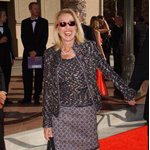