One of Britain’s biggest female stars of the post war years she appeared at various positions (3rd being the highest) in the British and Motion Picture Herald popularity polls between 1945-50. She was pretty, vivacious and charming which was all most of her early roles called for. She appeared in a number of the hugely popular wartime Gainsborough costume dramas including _Madonna of the Seven Moons (1944)_ and The Wicked Lady (1945). She also made one film in Hollywood, the Technicolor Canyon Passage (1946). Her best acting opportunities were in The Brothers (1947) as a sexy orphan wreaking havoc on a remote Scottish Island, and When the Bough Breaks (1947), a stark unwed mother drama.

She moved to Paris upon her second marriage in 1949 and began to work increasingly in European cinema filming in France and Italy (and a French-Canadian feature in Quebec). She returned to England in the late fifties making three more films (her last) and a few TV appearances before retiring in 1963. She lived in Locarno, Switzerland for many years and died there in December 2003. 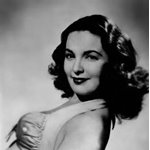 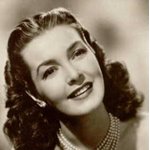 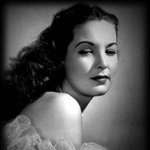