Cabinet member, former U.S. ambassador to Luxebourg, politician, lawyer, educator. Born Patricia Roberts on May 31, 1924, in Mattoon, Illinois. The daughter of a Pullman car waiter, Harris grew up to become the first African American woman to hold a cabinet position, serve as an ambassador, and head a law school. Raised by her mother after her father left, she excelled at school and won a scholarship to Howard University in 1941.

While at Howard, Harris served as vice-chairman of the university’s student branch of the National Association for the Advancement of Colored People (NAACP). As a part of the organization’s civil rights efforts, she participated in a protest against a restaurant that only served whites. Harris graduated from Howard in 1945 with honors. She continued her education at the University of Chicago where she studied industrial relations.

In the 1950s, Harris worked at Delta Sigma Theta, a national African American sorority, as a director. Encouraged by William Beasley Harris, her husband and a lawyer himself, she decided to go to law school. Harris attended George Washington University’s National Law Center and graduated in 1960 as the top student in her class.

After graduating, Harris spent a year with the Department of Justice. Then she returned to Howard University as a lecturer and later a professor. Outside of class, Harris was an activist for many social causes. She was appointed by President John F. Kennedy to co-chair the National Women’s Committee for Civil Rights. The committee oversaw approximately 100 women’s organizations across the nation.

In 1965, Harris broke new ground for African American women when she was appointed U.S. ambassador to Luxembourg by President Lyndon B. Johnson. She held the position for two years and then returned to her teaching at Howard where she again proved to be a trailblazer. In 1969, she became the dean of the law school there, making her the first African American woman to do so. She didn’t stay in the position long, however.

In 1970, Harris became a corporate attorney at a large law firm. Along with her legal work, she served on the boards of such companies as IBM, Scott Paper Company, and Chase Manhattan Bank—hoping to encourage corporations to help foster social change. Harris left her law practice in 1977 after being selected by President Jimmy Carter for his cabinet as secretary of housing and urban development (HUD)—another first.

The road to becoming the first African American woman to hold a Cabinet post wasn’t completely smooth. During her confirmation hearings some thought her years in corporate law made her unable to understand the needs of the people that HUD serves. Harris proved her critics wrong by calling for increases in assistance to the poor and putting a stop to discriminatory housing and employment practices—causes she had championed for many years previously.

Sometimes described as blunt and tough, Harris demanded the best from her staff and herself while serving as secretary. She was an able administrator who reshaped the agency, which was in disarray when she took over the post. Harris worked hard to rebuild urban neighborhoods and to encourage businesses to invest in troubled areas. Encouraged by her success at HUD, Carter later made Harris the secretary of what is now known as health and human services. Harris left the position after Carter lost the 1980 election to Republican Ronald Reagan.

Harris ran for mayor of Washington, but bowed out after losing the Democratic primary to incumbent Marion Barry. She then left politics and returned to teaching. Harris served as a professor at George Washington University Law School until the time of her death. She died on March 23, 1985. 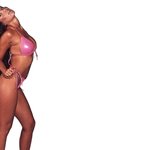 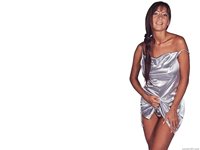 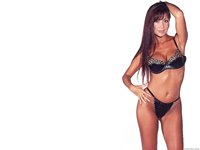 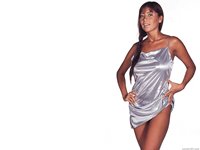 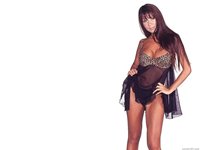 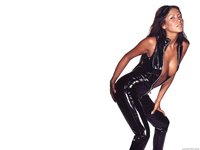