Patricia De Leon is an actress, model and television host. She started working as a model at a very early age. After being crowned Miss Panama (1995), her career started blossoming, getting major breaks hosting Corte del Juez Franco on TV Azteca, and the Billboard Latino. From her work on Univision, de Leon obtained roles on American TV, including Lincoln Heights, Cold Case, and Crossing Jordan. Her movie role comes in The Pool Boys, where she plays the sexy Latina Julia.

Was crowned Miss Panama (now Señorita Panamá) when she was just turning 19. Her debut on TV was doing the weather for a local station in Panama TVN-Channel 2. After that she was able to developed what she had passion for, the news for the same network, being an anchor and a reporter. Right after accomplishing her dream, she created, produced and hosted a turism show for RPC TV/MEDCOM.

She became an actor in Hollywood by accepting the role of "La Llorona del Río". She has been able to pursue both the Hispanic and American market. She has been featured on shows like Cold Case, Crossing Jordan, Lincoln Heights for ABC Family, La Corte del Pueblo for Telemundo, Perro Amor for the same network, and The chicago Code for Fox Network. And in films like "How the Garcia Girls spent their summer", "All in", "Love Orchard" and "Pool Boys". 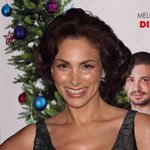