Oscar Leonard Carl Pistorius (born 22 November 1986) is a South African Paralympic runner. Known as the "Blade Runner" and "the fastest man on no legs", Pistorius is the double amputee world record holder in the 100, 200 and 400 metres events and runs with the aid of Cheetah Flex-Foot carbon fibre transtibial artificial limbs by Ossur. In 2007 Pistorius took part in his first international able-bodied competitions. However, his artificial lower legs, while enabling him to compete, generated claims that he has an unfair advantage over able-bodied runners. The same year, the International Association of Athletics Federations (IAAF) amended its competition rules to ban the use of "any technical device that incorporates springs, wheels or any other element that provides a user with an advantage over another athlete not using such a device". It claimed that the amendment was not specifically aimed at Pistorius. After monitoring his track performances and carrying out tests, scientists took the view that Pistorius enjoyed considerable advantages over athletes without prosthetic limbs. On the strength of these findings, on 14 January 2008 the IAAF ruled him ineligible for competitions conducted under its rules, including the 2008 Summer Olympics. This decision was reversed by the Court of Arbitration for Sport on 16 May 2008, the Court ruling that the IAAF had not provided sufficient evidence to prove that Pistorius's prostheses give him an advantage over able-bodied athletes.

Although eligible to compete in the 2008 Summer Olympic Games in Beijing, Pistorius did not qualify for the South African team. Despite achieving third place and a personal best time of 46.25 seconds in the 400 metres in Lucerne, Switzerland, on 16 July 2008, this was short of the Olympic qualification time of 45.55 seconds. He was also not selected by the South African Olympic Committee for the 4 x 400 metres relay team as there were four other runners who had achieved better times. 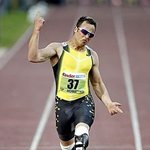 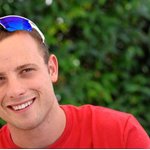 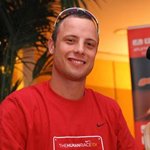 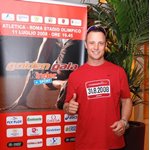 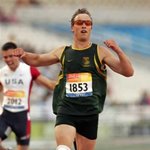 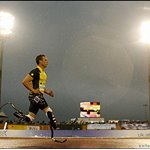 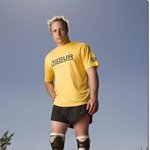 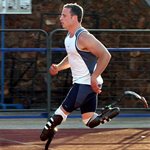