Having modeled as a teenager, Ornella Muti has secured a starring role at the tender age of 15, as the title role of the young, lovely, and self-possessed Sicilian girl who is raped by the son of a Mafia don trying to force her to marry him by taking her virginity, in her film debut, "La moglie piu bella” (1970; aka “Most Beautiful Wife"), writer/director Damiano Damiani's fact-based dramatic film.

In the early 1990s, Muti returned to US film scene, playing Marisa Tomei's mother in John Landis' remake of the 1967 film, "Oscar" (1991; starring Sylvester Stallone in his rare comedic turn), and co-starring with Richard Lewis, John Candy, Jim Belushi, and Cybill Shepherd, in Eugene Levy-directed ensemble comedy "Once Upon a Crime..." (1992). In 1994, Muti, famous to the French for appearing in a TV commercial of Giovanni Panzani pasta, was rose to international recognition when she was voted "The Most Beautiful Woman in the World" in a world wide poll of readers by the magazine Class.

In the late 1990s, Muti starred in two English-language films, Ramin Niami's independent drama/comedy "Somewhere in the City" (1998), playing the woman who is having an affair with her neighbour (played by Robert John Burke) who likes scams, and Buddy Giovinazzo's thriller "The Unscarred" (1999), co-starring with James Russo and her daughter Naike Rivelli who played the younger version of her character. She also portrayed Queen Vashti in the historical drama TV movie "Esther" (1999), starring Louise Lombard.

In 2004, American moviegoers could catch her as the grandmother in "The Heart Is Deceitful Above All Things," a disturbing drama film directed by and starring Asia Argento and is based on JT LeRoy's novel of the same name. Recently, Muti could be seen as Mary of Magdalene in Giulio Base's historical drama film "Inchiesta, L'" (2006; aka "The Final Inquiry") and in the Italian movie "Civico zero" (2007), Francesco Maselli and Gioia Benelli's film version of Federico Bonadonna's book. 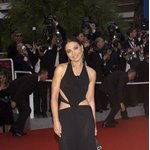 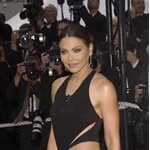 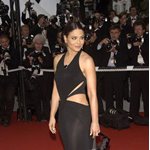